The delegations of the countries met at the 'Zero Line' and signed the agreement on the corridor. 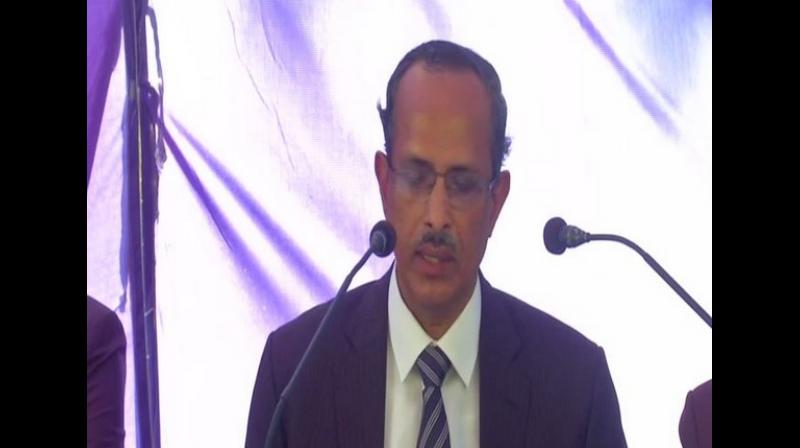 SCL Das, Joint Secretary, Ministry of Home Affairs said that India is ready to make the amendment in the agreement if Pakistan decides to waive the fee. (Photo: ANI)

Attari: India on Thursday expressed disappointment after Pakistan refused to waive USD 20 service charge on Indians visiting Kartarpur Sahib Gurdwara and urged Islamabad to reconsider its decision given the "religious and spiritual sentiments" of the pilgrims, after the two neighbours signed the agreement for operationalisation of the corridor.

SCL Das, Joint Secretary, Ministry of Home Affairs said that India is ready to make the amendment in the agreement if Pakistan decides to waive the fee.

"The main issue that has been a point of discussion is the insistence of Pakistan to levy US Dollars 20 as a service charge per pilgrim per visit. India has consistently urged Pakistan to not levy any fee on the pilgrims. It was stressed time and again, including in the previous three Joint Secretary Level meetings and at the diplomatic level, that this is not in consonance with the religious and spiritual sentiments of Indian pilgrims," Das said, speaking to media after signing the agreement.

"India has shared its deep disappointment with Pakistan for its refusal to waive the fee. However, in the interest of the pilgrims and timely operationalization of the Kartarpur Sahib Corridor before the 550th Prakash Purb, India has agreed to sign the agreement today. While the Agreement has been signed, the Government of India continues to urge this issue with the Government of Pakistan to reconsider its insistence on levying the fee. India remains ready to amend the Agreement accordingly," he added.

The delegations of the countries met at the 'Zero Line' and signed the agreement on the corridor which will connect the Dera Baba Nanak shrine in Punjab's Gurdaspur with Darbar Sahib Gurdwara in Pakistan.

Both countries will hold events to mark the opening of their sections of the corridor.

The Indian delegation was led by Das and the Pakistani delegation by its Ministry of Foreign Affairs spokesperson, Mohammed Faisal.

Das said that the Pakistani side has agreed to make provision for 'langar' and distribution of 'prasad' in the Gurdwara premises. Pakistan will allow as many as 5,000 pilgrims to visit the Gurdwara every day.

The Joint Secretary said that that the corridor will be open from dawn to dusk.