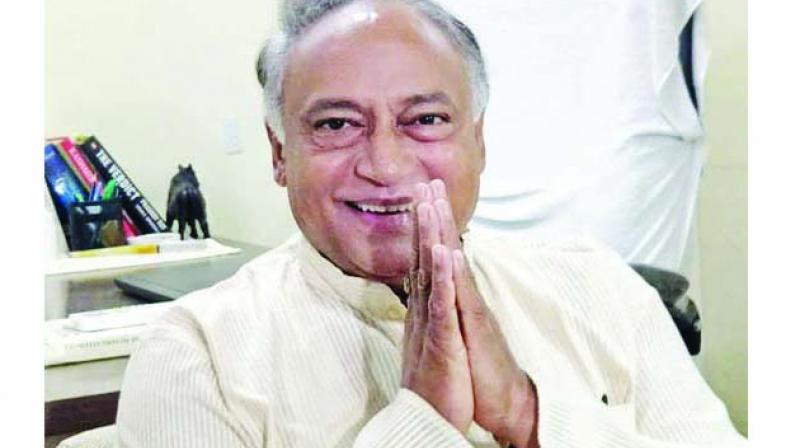 Bhopal: A day after he staged a demonstration outside the official residence of his brother, veteran leader Digvijay Singh, here after having failed to secure audience with him, ‘rebel’ Congress MLA Laxman Singh on Wednesday met former chief minister and

In a surprise move, the ‘dissident’ Congress legislator suddenly dropped by Mr Chouhan’s official residence here and closeted with him for nearly half an hour, cr-eating a ri-pple in both ruling Con-gress and Opposition BJP circles here.

However, the leaders refused to divulge what transpired in the meeting. “It was a courtesy vi-sit. Mr Singh is an old friend of mine,” Mr Cho-uhan told reporters here.

The MLA too was unwil-ling to open up before the media and fled the spot simply saying, “Congress Zindabad”.

The development is viewed here with significance since Mr Singh switched over to the BJP from Congress in 2004.