At the age of 29, he is currently serving as the president of the Yuva Sena, the youth wing of Shiv Sena. 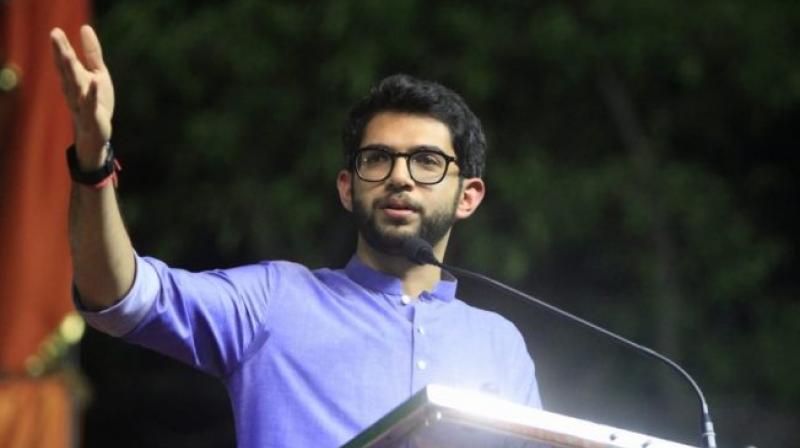 As a literary enthusiast like his grandfather, Aditya is also a published author. He published his first book ‘My Thoughts in Black and White’ in 2007. (Photo: Social Media)

Mumbai: Aaditya Thackeray, the youngest of the Thackeray’s entered politics, contested the 2019 Maharashtra Assembly election from Mumbai’s Worli. At the age of 29, he is currently serving as the president of the Yuva Sena, the youth wing of Shiv Sena. He was one of the youngest candidates in the polls, but as the grandson of Shiv Sena founder Bal Thackeray, he carries the weight and advantage of his surname.

As a literary enthusiast like his grandfather, Aaditya is also a published author. He published his first book ‘My Thoughts in Black and White’ in 2007. In 2008, he turned a lyricist and released a private album.

He was the first member from the Thackeray family to enter the electoral fray after Shalini Thackeray, the wife of Jeetendra Thackeray, a cousin of MNS founder Raj Thackeray, who had unsuccessfully contested the 2019 Lok Sabha elections.

Worli is considered to be a stronghold of the Shiv Sena and 29-year-old Aaditya is the first member of the Thackeray family to contest polls.

In 2014 state polls, Sunil Shinde of Shiv Sena won from Worli by 23, 012 votes against Sachin Ahir of the NCP.

The Shiv Sena is leaving no stone unturned to ensure that Aaditya wins by a huge margin. While Aaditya is promising to develop infrastructure in Worli, Mane insists Aaditya was an outsider in the constituency.