'You're stalling everything': Supreme Court raps Centre over Delhi sealing

'Ministry is stalling everything. For an agreed procedure, two adjournments have been taken. What is this happening?,' SC bench asked. 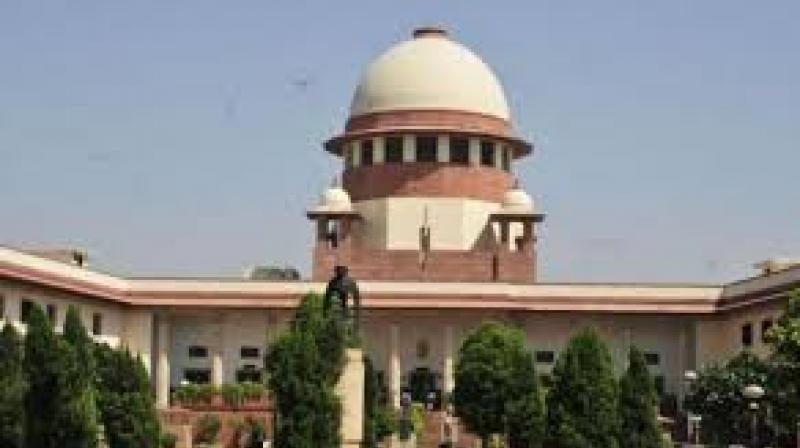 The bench has posted the matter for hearing on October 31. (Photo: File)

New Delhi: The Supreme Court on Tuesday pulled up the Ministry of Housing and Urban Affairs for "stalling everything" and not coming out with a procedure for issuance of notice to defaulters who have carried out illegal constructions in Delhi.

The top court said the ministry seeking two adjournments for bringing the agreed procedure was "too much" and the attitude of the authorities concerned was that "everybody is to be blamed except us".

"Why is your ministry stalling everything? They are stalling everything. For an agreed procedure, two adjournments have been taken. What is this happening? This is too much," a bench of justices Madan B Lokur and Deepak Gupta told Additional Solicitor General or ASG ANS Nadkarni, appearing for the centre.

When the ASG said deliberations were going on and the ministry was considering a rule book, the bench said, "We will see the rule book. Everybody here is for a boxing match".

"Everybody is to be blamed except us, that is the attitude of everybody. It is just like going on in circle. Let us see your rule book and finalise it once and for all," the bench said.

The top court told Nadkarni that the ministry has to help the people of Delhi in this matter.

"If in Delhi, you will fight like this then you will have to fight in all other parts of the country also. Why this confrontation?" it said.

Senior advocate Ranjit Kumar, assisting the top court as amicus curiae in the sealing matter, referred to a report filed by the court-appointed monitoring committee.

In its report, the committee has claimed that the Land and Development Office (L&DO) was deliberately attempting to stall the sealing operation of unauthorised constructions in Delhi.

The report said that official of L&DO has not attended meetings of the monitoring committee and he was not even answering the phone calls from the panel.

The ASG said that such an act was unacceptable after which the bench asked him to make a phone call to the L&DO.

The ASG later told the court that the Land and Development Officer was not well and was down with eye flu and he would file an affidavit in this regard.

During the hearing, the bench asked why the special task force (STF), constituted on April 25 following the court's order to oversee enforcement of laws on illegal constructions in Delhi, was not filing their reports in the matter.

The ASG told the court that he would place before the court an agreed procedure for issuance of notice to defaulters who have carried out illegal constructions in Delhi.

The bench has posted the matter for hearing on October 31.

The monitoring committee on sealing, comprising KJ Rao, former advisor to the Election Commissioner; Bhure Lal, chairman of Environment Pollution (Prevention and Control) Authority; and Major General (Retd) Som Jhingan, was set up on March 24, 2006, by the top court.

The court is also seized of the issue related to validity of Delhi Laws (Special Provisions) Act, 2006 and subsequent legislations which protect unauthorised construction from being sealed.