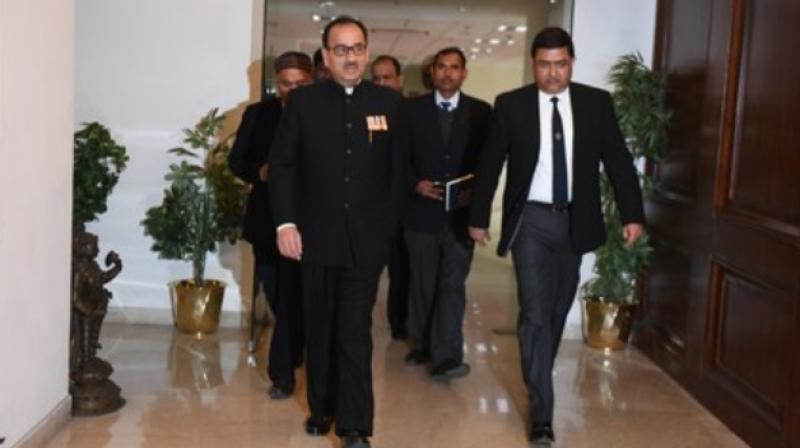 The CBI building has been sealed and neither the staff nor outsiders are being allowed. (Photo: cbi.gov.in)

New Delhi: Central Bureau of Investigation (CBI) chief Alok Verma and his deputy Rakesh Asthana have been sent on leave amidst an internal rift at the country's top investigating agency.

CBI Joint Director M Nageshwar Rao will take over as interim director of the investigating agency. 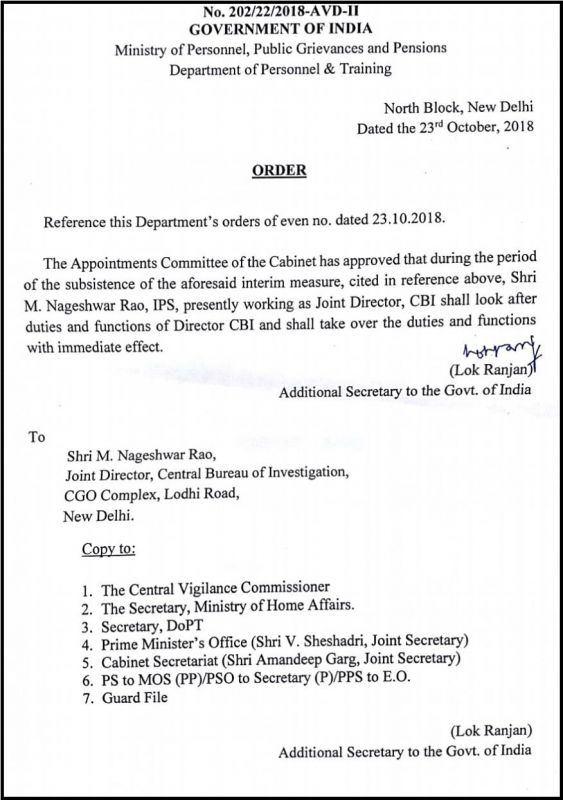 Nageshwar Rao, who hails from Warangal district in Telangana, is from the 1986 batch of Odisha cadre.

The order implies that the government has sidelined all the three additional directors number three in the agency's hierarchy, including A K Sharma, whose name had figured in the complaint by Asthana.

In an unprecedented move, the CBI building, including the offices of both Alok Verma and Rakesh Asthana, has been sealed and neither the staff nor outsiders are being allowed. Officers working with the CBI director have been sent on leave.

According to reports, raids are being conducted at the 10th and 11th floor of the CBI office in Delhi, which has the rooms of all these officers.

The government's move to change the top leadership of the CBI comes against the backdrop of a bitter, never-seen-before feud within the top investigating agency.

The government's order followed after a recommendation by the country's top vigilance officer, Chief Vigilance Commissioner, that the CBI's warring top two be sent on compulsory wait, stripped of all responsibilities.

The move comes after a week-long standoff that began with CBI boss Alok Verma filing a case against his deputy, Rakesh Asthana, accusing him of bribery in an investigation.

The CBI filed a first information report (FIR) naming Rakesh Asthana as accused no. 1 in a corruption case. The investigating agency accused Asthana of accepting around Rs 3 crore as a bribe from on Satish Sana in a case involving meat exporter Moin Qureshi.

Asthana, on the other hand, has accused Alok Verma of "interfering" in his work and alleged that Verma had hatched a conspiracy to target him. Asthana also alleged that it was Verma who had accepted the bribe from Satish Sana.

The feud has led to the CBI raiding its own headquarters and arresting one of its own officers -- Devender Kumar.

Kumar, the investigating agency claims, fabricated a statement from Satish Sana in order to implicate Alok Verma in a "false" bribery case.

Alok Verma cannot be removed before his two-year term, said the Opposition.

Rakesh Asthana moved a court on Tuesday, asking for the charges to be cancelled and for protection against arrest.