Ceasefire violation came just two days after 3 Indian soldiers and 2 heavily-armed Pakistani intruders were killed in a gunfight along LoC. 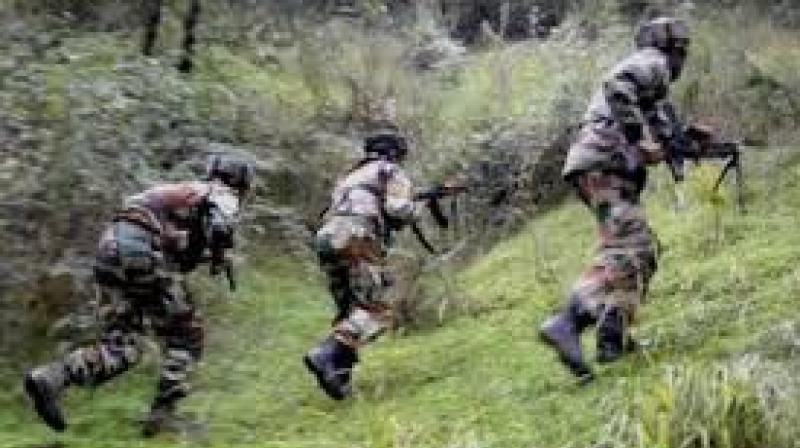 Jammu: Pakistani troops on Tuesday violated the ceasefire along the Line of Control in Poonch district of Jammu and Kashmir with one of the shells landing inside the brigade headquarters in the town but causing no casualties, a defence spokesman said.

The ceasefire violation came just two days after three Indian soldiers and two heavily-armed Pakistani intruders were killed in a gunfight along the Line of Control (LoC) in nearby Rajouri district.

Earlier in the day, when the blast was reported inside the 93rd brigade headquarters at Moti Mahal in Poonch, the spokesman had said that it had nothing to do with cross-border shelling from Pakistan.

However, Senior Superintendent of Police, Poonch, Rajiv Pandey later told reporters that initial investigation suggested that a bomb fired from across the border landed inside the brigade headquarters of the Army casing a minor fire.

In another ceasefire violation, Lieutenant Colonel Anand said one round of 82 mm mortar landed in Jhalas in Krishna Ghati sector in the evening.

"One muffled blast around 1800 hours was misconstrued as blast in the garrison," the spokesman said adding there was no casualty reported.

On Sunday, two Pakistani intruders believed to be members of border action team comprising Pakistani army and terrorists opened fire on an army patrol along the Line of Control in Sunderbani sector of Rajouri killing three soldiers and injuring another.