India   All India  24 Oct 2018  Asthana gets HC shield against arrest till October 29
India, All India

Asthana gets HC shield against arrest till October 29

It was alleged that Mr Sana had paid Rs 50 lakh as bribe to Mr Qureshi which was shown as investment in his company to get relief in a bribery case. 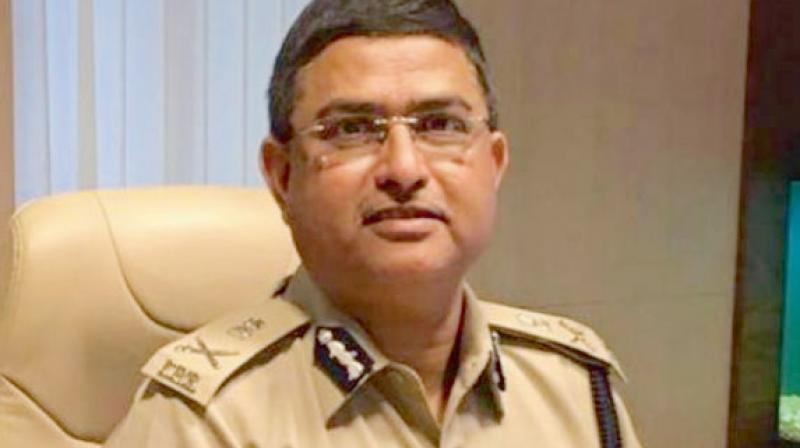 During the hearing, the CBI said charges against Asthana are serious and the agency was investigating the matter and is likely to add more offences in the FIR.

New Delhi: The fight between CBI director Alok Verma and his number two, special director Rakesh Asthana, reached the Delhi high court on Tuesday with the latter challenging the agency’s corruption FIR against him and getting a shield against arrest till October 29.

While rejecting Mr Asthana’s plea to cancel the FIR or case against him, the high court took exception to the CBI’s counsel describing the agency’s number two as a “pest” and directed the probe agency to maintain status quo on the criminal proceedings initiated against him.

Claiming that the prosecution launched against him was illegal and mala fide, Mr Asthana said that his petition would disclose the “shocking state of affairs and also reveal as to how the highest officer of  the premier investigating agency of the country is trying to falsely implicate the petitioner, who is the second senior most officer of the agency, in order to hide his own criminal misconduct of influencing investigations in exchange for money”.

Although the CBI cannot arrest Mr Asthana till October 29, the next date of hearing, the high court clarified that there is no stay on the probe considering the nature and gravity of the case.

During the hearing, the CBI said charges against Asthana are serious and the agency was investigating the matter and is likely to add more offences in the FIR.

Sources said that the CBI is likely to examine Mr Asthana, in connection with the agency’s ongoing probe into the Kanpur-based meat exporter Moin Qureshi’s corruption case. He was booked by the agency last month.

In another relief for Mr Asthana, the Enforcement Directorate did not name him in the charges presented in a Delhi court in a case related to a probe into scam. The ED in its complaint against Sterling Biotech, a company facing a probe for a Rs 5,000-crore scam, listed 191 people including members of the family that own it.

Besides Mr Asthana, the agency’s deputy superintendent of police Devender Kumar, who was arrested by the CBI on Monday, has also filed a separate petition seeking quashing of the FIR.

In a related development, a Delhi court on Tuesday allowed the CBI to quiz Mr Kumar in custody for seven days.

CBI sources said that “there is no change in the status of Mr Asthana as special director and no charge” has been taken back from him. The case emanates from a statement recorded by a Hyderabad-based real estate agent Sathish Sana whose role was being investigated by a team led by Mr Asthana in a bribery case allegedly involving meat exporter Moin Qureshi.

It was alleged that Mr Sana had paid Rs 50 lakh as bribe to Mr Qureshi which was shown as investment in his company to get relief in a bribery case.