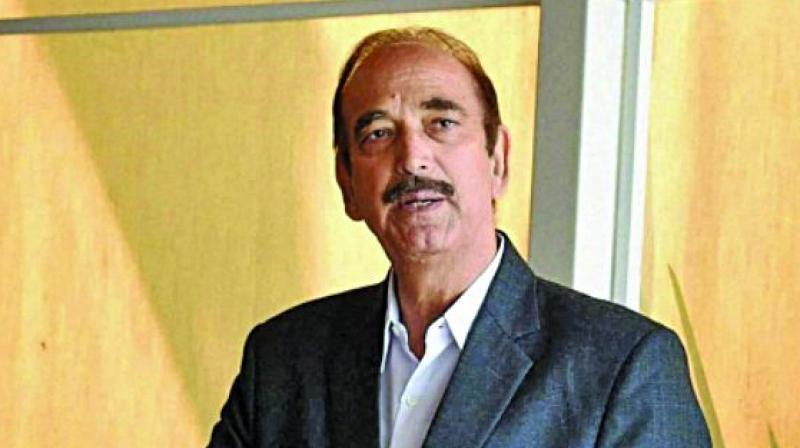 New Delhi: In a bid to corner the Narendra Modi government before the Gujarat Assembly polls, Opposition parties, led by the Congress, plan to organise nationwide protests against the economic fallout of demonetisation on November 8 — the first anniversary of the note ban aimed at weeding out black money.

At a meeting of a so-called core group of Opposition parties, held at Parliament House on Monday, the parties discussed how to mark one year of demonetisation, which they claimed has ruined the rural economy and impacted small traders and the informal sector.

While the modalities of the protests are likely to be announced at a press conference on Tuesday, sources said there were some differences within the parties on how to organise the events.

At the meeting on Monday, Leader of the House in Rajya Sabha, Ghulam Nabi Azad of the Congress spoke on the need to announce joint programmes, but some leaders like CPI’s D. Raja and DMK’s M.K. Kanhimozhi said all parties should announce programmes from separate platforms.

Mr Raja is understood to have said that the Left parties were already organising protests across the country through their mass organisations like farmers’ units and trade Unions and hence all parties should announce separate plans outside parliament.

Joint protests can be held when the Parliament is in session next month, he said. It might be recalled that there have been internal differences within the Left parties, specially in the CPI(M) over having an alliance with the Congress.

However, Mr Azad got strong support from the Trinamul Congress, the Bahujan Samaj Party and rebel JD(U) leader Sharad Yadav.

Sources said the Congress leader offered to hold further discussion on the protests  with leaders of the 17 parties that had come together to field a joint presidential and vice-presidential candidate earlier this year.

Samajwadi Party leader Ram Gopal Yadav and CPI(M)’s Sitaram Yechury were missing due to ill-health and travel. The parties have decided to hold another meeting before the winter session of Parliament begins next month.