ED all set to question Lalu Yadav over hotel scam

Sources said the ED is investigating the alleged “proceeds of crime” generated by the accused in the case. 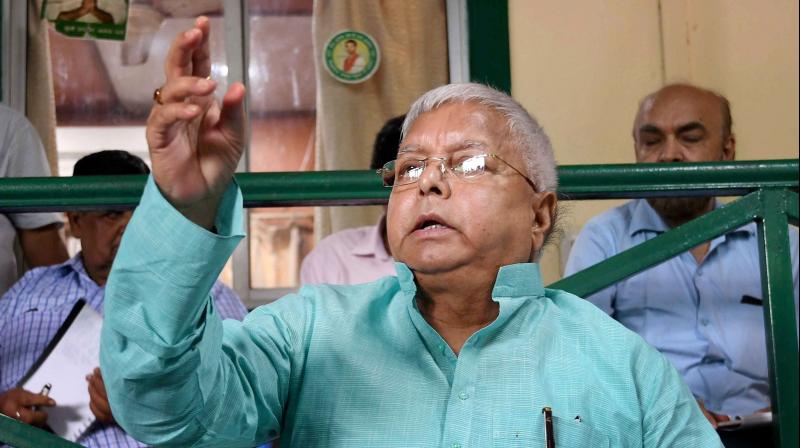 New Delhi: The Enforcement Directorate (ED), which is probing the IRCTC hotel scam, is all set to question RJD chief Lalu Prasad Yadav in connection with the case. The agency, sources said, will soon issue summons to him.

“The Central probe agency has prepared a questionnaire with hundreds of points to question the former Bihar chief minister in connection with its investigation into the alleged irregularities committed in awarding tenders for development, maintenance and operation of railway hotels at Ranchi and Puri to a private firm when he was the railway minister,” sources said. Mr Yadav was the railway minister in 2006.

The ED has also summoned RJD chief’s wife Rabri Devi and son Tejashwi Yadav for questioning in connection with the case on October 24 and 27, respectively. Rabri Devi has already skipped the agency’s summons four times.

Sources said the ED is investigating the alleged “proceeds of crime” generated by the accused in the case. The ED recently registered a money laundering case against Lalu Prasad and his family members in connection with the case. The ED case was registered under the stringent provisions of the Prevention of Money Laundering Act (PMLA). The ED took cognisance of a CBI FIR in this regard to initiate the move. The CBI in the month of July had registered a corruption case in this regard and conducted multiple searches against the former Bihar chief minister and others.

The case dates back to the time when Lalu Prasad was the railway minister in the UPA government.