The division bench then fixed Kumar's anticipatory bail plea, which was filed on Monday, for hearing on Wednesday. 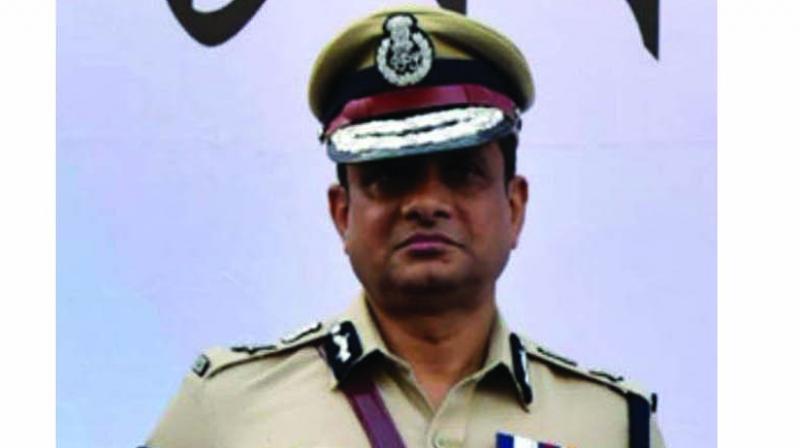 Kumar's lawyer earlier submitted that the petition was listed at 'serial number 271' before the bench and prayed for an urgent hearing of the matter. (Photo: File)

Kumar, who is currently additional director general in the West Bengal CID, said his leave will end on Wednesday and his plea for pre-arrest bail be taken up for hearing urgently. Moving the anticipatory bail petition, his counsel Debasish Roy submitted before a division bench presided by Justice S Munshi, that "the CBI is hounding me (Kumar) like anything." At this, the other judge of the bench Justice S Dasgupta said, "Go and surrender."

The division bench then fixed Kumar's anticipatory bail plea, which was filed on Monday, for hearing on Wednesday. Kumar's lawyer earlier submitted that the petition was listed at 'serial number 271' before the bench and prayed for an urgent hearing of the matter.

The court asked him to explain why it needed to be taken up for urgent hearing. CBI sleuths have gone to several places, including Kumar's official residence at Park Street here, in search of the elusive officer.

Kumar's pre-arrest bail plea was rejected by the Alipore District and Sessions Court on September 21.

The agency has given multiple notices to him to appear before it for questioning as a witness in the Saradha scam case. He, however, did not appear before the CBI and has sought more time on every occasion.

The Saradha group of companies allegedly duped lakhs of people to the tune of Rs 2,500 crore, promising higher rates of return on their investments.

During the hearing before the Alipore Sessions Court, the CBI had claimed that Kumar is not cooperating with it in the probe, and has been evading appearance before its investigation team on frivolous grounds.

Countering the assertion, the senior IPS officer's counsel said Kumar is not a fugitive and is on leave from September 1 to 25.

On September 19, the agency had moved the court of Additional Chief Judicial Magistrate (ACJM) at Alipore, seeking an arrest warrant against Kumar. The court had, however, said the CBI does not need its warrant, as the Supreme Court and the Calcutta High Court had already lifted bar on his arrest in the chitfund case.

Prior to that, Kumar had approached the Barasat district court for pre-arrest bail, but it disposed of his application on the ground that it did not have jurisdiction in the matter, as the case was registered at Alipore court. The Calcutta High Court had on September 13 vacated its interim order granting him protection from arrest. It had also rejected his plea for quashing the CBI notice that sought his appearance for interrogation in the case.

Earlier on May 23, the apex court had vacated an interim protection to Kumar from arrest by the CBI. The agency had summoned Kumar on May 27 for questioning in connection with the ponzi scam, challenging which he had moved the high court, seeking quashing of the notice.

Kumar was part of a Special Investigation Team set up by the West Bengal government to investigate the scam, before the Supreme Court handed over the case to the CBI in 2014, along with other chitfund cases.

The chitfund scam was unearthed in 2013 during Kumar's tenure as the Bidhannagar Police Commissioner.

The headquarters of the Saradha Group at Midland Park complex was within the jurisdiction of the Bidhannagar Police Commissionerate.

The Supreme Court had on February 5 prevented the agency from any coercive action against Kumar and directed him to cooperate with CBI questioning at a "neutral place". He was then questioned by the agency for nearly 40 hours over five days at its office in Shillong in February.