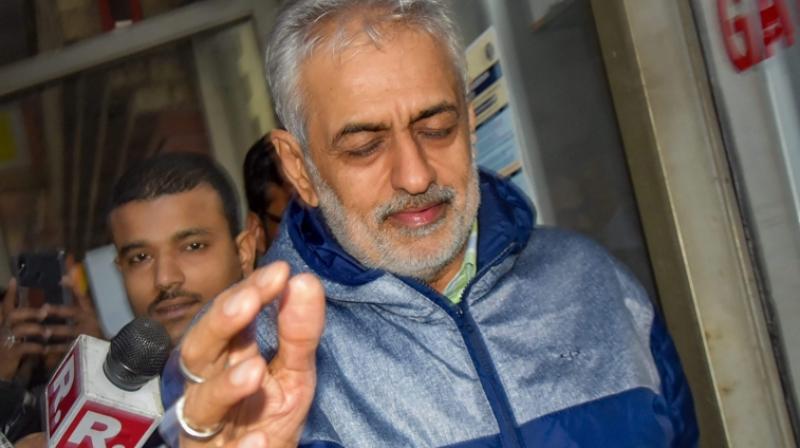 The agency, in its charge sheet filed against Talwar and others, has alleged that he had "conspired and lobbied with his aides" to facilitate "bilateral arrangements in favour of foreign airlines". (Photo: PTI)

New Delhi: Malaysian carrier Air Asia and the Gulf-based Qatar Airways, Air Arabia and Emirates have come under the scanner of the CBI for allegedly taking help of corporate lobbyist Deepak Talwar to get enhancement of seats and favourable air routes at the cost of Air India and Indian Airlines, officials said.

The agency, in its charge sheet filed against Talwar and others, has alleged that he had "conspired and lobbied with his aides" to facilitate "bilateral arrangements in favour of foreign airlines" for enhancement of seat entitlement and air routes which caused losses to the public sector carriers, they said.

The agency has kept open the investigation in the matter in which the alleged role of the then Union civil aviation minister and NCP leader Praful Patel is also under scanner, they said.

The CBI had taken the case on the orders of the Supreme Court where the petitioner had alleged that Indian Airlines and Air India were made to give up profitable routes and timings in favour of private operators.

"It has been alleged by the petitioner, in his pleadings before Supreme Court that Ministry of Civil Aviation, under Praful Patel, the then minister of civil aviation, by abusing position as public servant in conspiracy with other public servants and private domestic and foreign airlines made the national carriers give up profit making routes and profit making timings of Air India in favour of national and International private airlines causing a huge loss of market share to the national carriers," the CBI FIR had alleged.

Such acts of commission were made on extraneous considerations causing immense loss to the national carriers and pecuniary benefit to private domestic and foreign airlines, it had said.

Air India and Indian Airlines have now been merged.