India   All India  24 Sep 2019  Dutee Chand wants to try her luck in politics
India, All India

Dutee Chand wants to try her luck in politics

Ace sprinter says she would like to serve people as administrator. 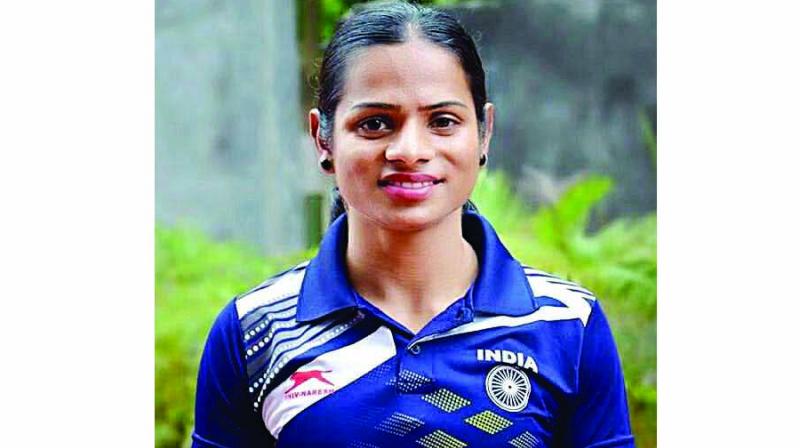 BHUBANESWAR: India’s fastest woman Dutee Chand has expressed her interest to throw her hat in the political ring after finishing her career as an athlete.

The 23-year-old athlete who is currently the national champion in the women’s 100 metres event, said her family involved in grassroots politics and she wanted to join politics since her childhood.

“I have always wanted to join politics since childhood. My family has also been involved in grassroots politics, with my mother being the Sarapanch of our village,” Dutee tweeted on Monday.

The ace sprinter said that if she gets a chance to help people as an administrator, she would readily do so. However, she will wait till the completion of her career as an athlete.

In July this year, Dutee became the first Indian to win a gold medal in 100m category during the World University Games. She is currently preparing for the World Championships scheduled to begin on September 27 in Doha.

Earlier this year, the 23-year-old athlete openly announced that she was in a same-sex relationship.

Currently, Dutee is part of the Indian contingent that will be going to the 2019 IAAF World Athletics Championships to be held in Doha, Qatar from September 27.

“The climate I will find there will be very similar to what is there in Bhubaneswar. My event will be happening in the night and so I am preparing my body accordingly," Dutee was quoted by a news agency as saying on Sunday.