All Parties Migrants Coordination Committee, which wants to reopen various temples, demanded a CBI probe into the encroachment of temples. 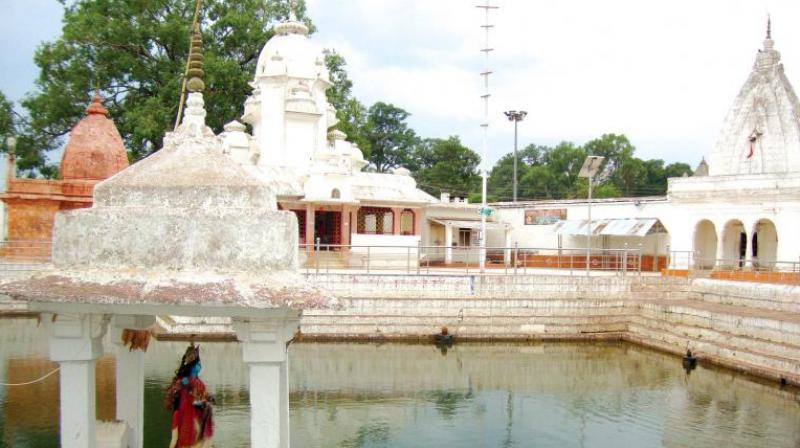 Jammu: Welcoming the Centre's decision to conduct a survey of closed down temples in Jammu and Kashmir, a Kashmiri migrant pandit organisation on Tuesday advocated for a fresh temple bill for the protection of the community's religious places in the Valley.

All Parties Migrants Coordination Committee (APMCC), which has worked in the past to reopen various such temples in the Valley, demanded a CBI probe into the alleged encroachment of temples and temple land at various places.

On Monday, Union Minister of State for Home affairs G Kishan Reddy had said a survey of about 50,000 temples that are shut in Jammu and Kashmir will be done.

"APMCC will extent all possible help to the government in reopening of abandoned and destructed temples," the organisation's chairman Vinod Pandit said in a statement here.

He said the government must ensure to involve the "ground level activists" of the Kashmiri Pandit community in the committee that has been formed to conduct the survey of the temples in Kashmir if it was "serious to initiate a new beginning for Kashmiri pandits".

"There are numerous ancient, historic and beautiful temples in Kashmir that need protection," Pandit said and asked the Centre to bring all the temples under a fresh temple bill.

"It was right time to bring the bill in J&K," he added. National spokesperson, APMCC, King C Bharati cautioned that temples must be made "prayer performing temples and not merely a tourist destination which the erstwhile J and K government had tried to do at some places".

"A beginning can be made by bringing back the glory of Martand temple, Kehribal, Anantnag, Awanti Pura temple and the ancient and historic Naaran Nag temple in Ganderbal which have a history of more than 2,500 years," he said.

General Secretary, APMCC, Arun Kandroo said there was an urgent need to repair, renovate and reconstruct some damaged and encroached temples before others to save the cultural and religious heritage of Kashmiri pandits.

"The famous seven feet high Shiva Lingas at Baramulla were a fine example of how our religious heritage has been vandalised," he alleged.

Bharati said the Kashmiri pandit community wants a CBI probe into the encroachment of temples and temple land at various places by not only the land mafia "but also former ministers of the successive governments to erase the traces of Pandit history in Kashmir".

He also demanded recovery of all the encroached land of temples, holy lakes, hillocks, cremation grounds and other smaller temples, saying "it was all in the hands of the Centre after the revocation of article 370 and bifurcation of the state into two Union Territories"