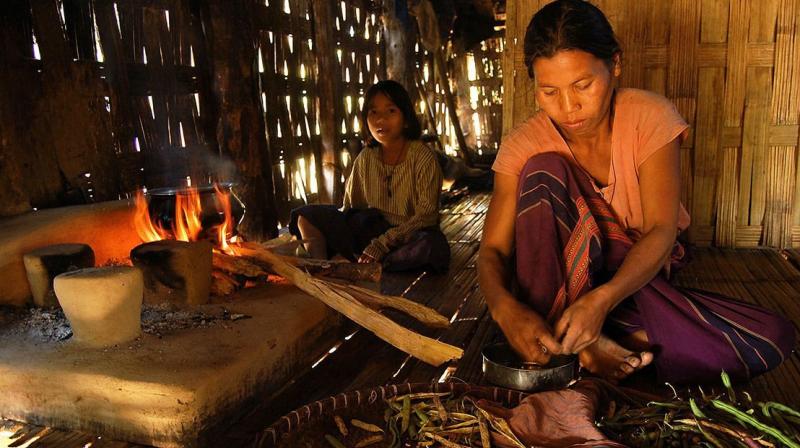 CRDO president Mahendra Chakma argued that Chakma and Hajong people did not come to NEFA on their own. “They were brought by the Government of India traversing a distance of 1,200 km from the Chittagong Hill Tracts and rehabilitated in the then North East Frontier Agency (NEFA), which later became Arunachal Pradesh under a Centrally-sponsored ‘definite plan of rehabilitation’, following a series of discussions between the representatives of the Central government, state administration and local tribal leaders,” he said.

The CRDO also held a virtual meeting with all Chakma stakeholders who expressed grave concern over the development. “They acknowledged an uncertain and fragile future that now looms over the Chakma people of Arunachal Pradesh,” he said.

Chakmas are Buddhists who fled the Chittagong Hill Tracts in erstwhile East Pakistan (now Bangladesh) after being displaced by a hydel power project, and the Hajong are Hindus who left East Pakistan due to religious persecution. They entered India between 1964 and 1969 the population of Chakmas in Arunachal is approximately 65,875.

Chief minister Khandu had, in his Independence Day’s speech, said, “The state government and the Union government are working to resolve the long-pending vexed Chakma-Hajong issue of Arunachal Pradesh in a focussed manner and there will be an outcome in this regard in the days to come. All illegal immigrant Chakmas will be moved and settled outside of Arunachal Pradesh with honour and this matter has already been taken up and discussed with Union home minister Amit Shah”.

Pointing out that while many are happy that the government is working towards resolving the vexed Chakma issue, he said that they are equally concerned and worried about their future relocation plans.

Informing that the forefathers of their community have already suffered long enough because of Partition and the Kaptai dam, the general secretary of CRDO Mr Anton Chakma said, “This is unacceptable to us and will oppose any move to uproot the already settled Chakmas out of Arunachal Pradesh. It hurts us badly when after 57 years of rehabilitation we are branded as ‘refugees’ by none other than the chief minister himself . We were ‘refugees’ at one point of time long ago before the resettlement in NEFA but are like any other citizens of the country now.”

“The CRDO on behalf of the Chakma people of Arunachal Pradesh strongly opposes and condemns such a relocation move of the Chakmas-Hajongs out of the state. More than 90 per cent of these people are citizens by birth as they were born here and know of no other native state other than NEFA/Arunachal Pradesh,” he said.

He also demanded, “The government should not have any issue in accepting Chakmas on the ground that Arunachal Pradesh is a tribal state, because Chakmas are also a tribal community most deserving of ST status within the state and must be recognised as such as are being recognised in other states.”

The Chakmas are presently spread over three districts of Arunachal Pradesh Papum Pare, Namsai and Changlang.