Jaitley practised as a senior advocate in courts, especially the Delhi High Court, before he became a Union minister. 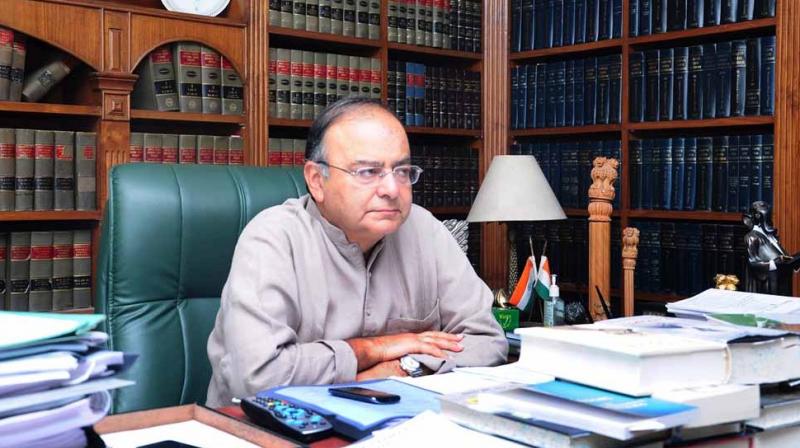 Jaitley died at the All India Institute of Medical Sciences (AIIMS) here on Saturday at the age of 66. He was admitted on August 9 following complaints of breathlessness and restlessness. (Photo: File)

New Delhi: Lawyers' bodies on Saturday condoled the passing away of senior advocate and former Union minister Arun Jaitley, saying the legal fraternity has lost an "eminent jurist", and the void created by his demise would be difficult to fill.

While the Bar Council of India (BCI) said that Jaitley was a "pride" of the bar, the Supreme Court Bar Association (SCBA) said he would be remembered for his astute knowledge of law and his legal acumen.

Jaitley practised as a senior advocate in courts, especially the Delhi High Court before he became a Union minister.

BCI's chairman and senior advocate Manan Kumar Mishra told PTI, "Bar has lost an eminent jurist, a talented leader and one of its tallest members. A politician who was acceptable to people across the party lines. He always stood for the causes of the legal fraternity. He was a true friend of friends. He was pride for the bar."

Senior advocate Rakesh K Khanna, the president of SCBA, said, "The void created by his demise in the political as well as the legal arena would be difficult to fill".

"Jaitley was not only a brilliant politician and statesman but also a legal luminary and lawyer of exceptional caliber, a designated senior advocate, former Additional Solicitor General of India and one of the most respected and loved senior members of the SCBA," Khanna said.

DHCBA's president and senior advocate Mohit Mathur said Jaitley was not just a stalwart but was also very good towards the legal fraternity.

Mathur said Jaitley was always very supportive to the ventures of the bar, including the high court lawyers welfare trust and other initiatives.

"Whether he was in the government or just a lawyer, he always supported us. He was also a great lawyer. Personally, I feel a great loss, I was with him in the school and even there, he used to help us," he said.

Mittal also said Jaitely's demise was a personal loss to him.

"In 2002, when he was Union Law Minister and I was chairman BCD, Advocates Welfare Fund was inaugurated by him in the august presence of Justice B N Kripal, the then CJI. This Act was passed by the parliament in 2001 at his initiative. My heartfelt condolences on his passing away," he said.

Jaitley died at the All India Institute of Medical Sciences (AIIMS) here on Saturday at the age of 66. He was admitted on August 9 following complaints of breathlessness and restlessness.