Going by the official, scientists of the Karnataka State Natural Disaster Monitoring Centre. 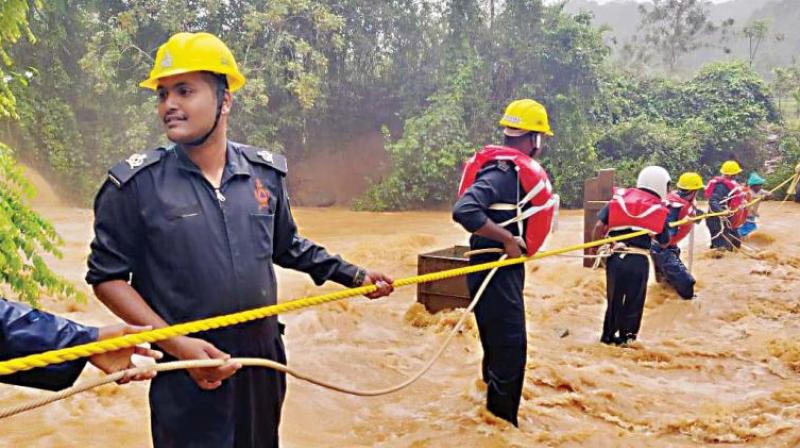 Gangaram Baderia, claimed on Thursday that it had not ignored it and it was not the cause of the recent major landslides and floods in Kodagu.

Mysuru: Responding to a report by this newspaper on the government’s lack of urgency following an earthquake measuring 3.4 on the richter scale in Kodagu on July 9 this year, principal secretary and relief commissioner, revenue department (disaster management), Gangaram Baderia, claimed on Thursday that it had not ignored it and it was not the cause of the recent major landslides and floods in Kodagu.

“Immediately after the earthquake was reported by the Kodagu district administration, the government sent scientific teams to study it. The recent landslides in Kodagu are not earthquake induced but attributed to prolonged, high-intensity and above normal rainfall during the pre-monsoon period and the southwest monsoons from June 1,” he said, adding that the tremor, which occurred in Kodagu on July 9, was of low magnitude and had its epicentre in Zone 2, categorised as a low quake damage risk zone by the IMD.

“This is clearly visible in the intensity map of the said tremor on the website of the IMD, ministry of earth sciences. It shows the epicentre of the tremor was light in intensity with no potential for damage. The IMD too has clearly indicated that it did not have any potential to cause damage,” he maintained.

Going by the official, scientists of the Karnataka State Natural Disaster Monitoring Centre (KSNDMC), Bengaluru, and geologists from the Geographical Survey of India (GSI) and the department of mines and geology visited Kodagu to study the tremor on  July 25 and on the instructions of the Chief Secretary another team of three scientists from the National Geographical Research Institute, Hyderabad (CSIR-NGRI) also visited it to survey the area and set up a temporary Seismic Monitoring Observatory about 8kms from Madikeri to closely monitor seismic activity in and around it.