It said Ms Sitharaman and Gen. Wei deliberated on bilateral, regional and international issues in a “free, frank and constructive manner”. 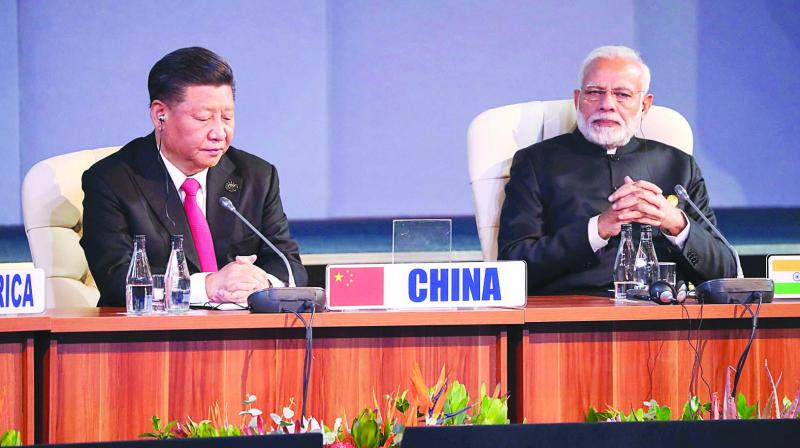 New Delhi: India and China on Thursday decided to work towards firming up a new bilateral pact on defence cooperation and agreed to increase interactions between their militaries at various levels to avoid Doklam-like standoffs and ensure peace and tranquillity along the disputed border.

In their talks, defence minister Nirmala Sitharaman and her Chinese counterpart Gen. Wei Fenghe also decided on early operationalisation of the proposed hotline between the two armies as part of the confidence building measures, the defence ministry said.

In the over two-hour meeting, the two sides primarily focused on implementing decisions taken at the Wuhan summit in April by Prime Minister Narendra Modi and Chinese President Xi Jinping which included enhancing strategic communication between the two armies.

“It was decided to expand the engagement between their armed forces relating to training, joint exercises and other professional interactions. Both sides also decided to work towards a new bilateral MoU on defence exchanges and cooperation to replace the MoU signed in 2006,” the defence ministry said in a statement.

It said Ms Sitharaman and Gen. Wei deliberated on bilateral, regional and international issues in a “free, frank and constructive manner”.