Nepal assures no anti-India activities from its soil, ink 8 pacts 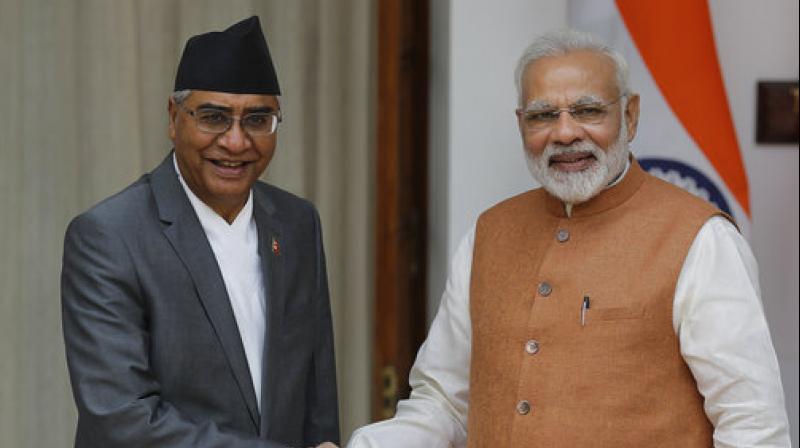 Prime Minister Narendra Modi shakes hand with his Nepalese counterpart Sher Bahadur Deuba before their meeting in New Delhi. Deuba is on a five-days visit to India. (Photo: AP)

New Delhi: India and Nepal on Thursday inked eight pacts, including on cooperation in countering drug trafficking. The pacts were signed after comprehensive talks between
Prime Minister Narendra Modi and his Nepalese counterpart Sher Bahadur Deuba on strategic bilateral and regional issues.

"Had a positive meeting reviewing the gamut of our partnership," Modi said at a joint press event with Deuba and assured him of India's commitment towards overall growth and development of the Himalayan nation.

Deuba said Nepal would "never allow any anti-India activities from its soil".

Modi identified defence and security as an important aspect of bilateral ties.

Deuba arrived in New Delhi on Wednesday on a four-day visit, his first foreign trip after assuming office in June this year.