The visit takes place at a time when China is actively wooing the Nepalese with massive financial investments. 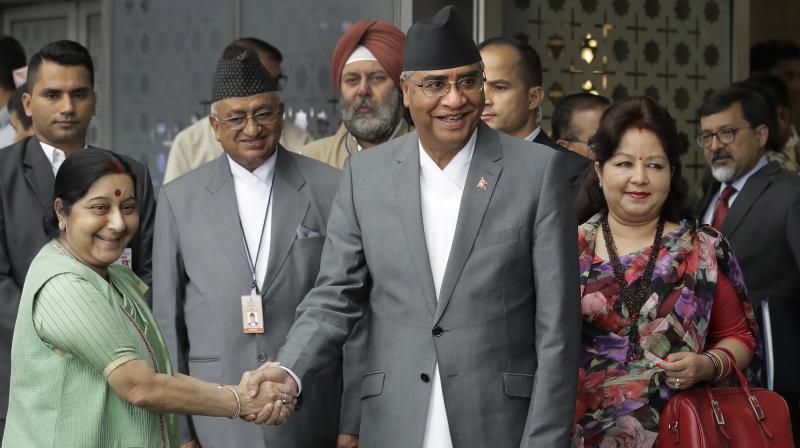 Mr. Deuba had arrived in New Delhi on Wednesday for a four-day official visit to India, and was received by external affairs minister Sushma Swaraj at the airport. “A special welcome for a close neighbour! EAM @SushmaSwaraj receives @PM_Nepal Sher Bahadur Deuba on his arrival on a State Visit to India,” the MEA tweeted.

Mr Deuba took over as Nepal Prime Minister in June 2017. During his four-day visit, he will also travel to Hyderabad and Bodh Gaya. The Nepalese PM will also call on the President and the vice-president.

The visit takes place at a time when China is actively wooing the Nepalese with massive financial investments.

India’s relationship with Nepal is now largely back on tracks. The ties had begun well in 2014 after the Modi government took office. India was prompt in rushing assistance during the earthquake that rocked Nepal.

But ties sharply deteriorated towards the end of 2015 when the Madhesi (residents of the Nepalese plains) started protests in Nepal. Several Nepalese politicians belonging to the dominant hill-areas accused India of being behind the stir which affected trade between the two countries due to the blockade imposed by the Madhesi agitators on the Nepalese side, even as India denied the allegations as baseless.

India has often pointed out that the two countries enjoy “roti-beti" ties, a reference to thousands of Nepalese earning their livelihood in India and strong people-to-people relations.