India   All India  24 Jul 2019  With fall of K'taka govt, Congress left with govts in 4 states, 1 Union Territory
India, All India

With fall of K'taka govt, Congress left with govts in 4 states, 1 Union Territory

Karnataka was crucial for the party as it was the only southern state in which the Congress was in power. 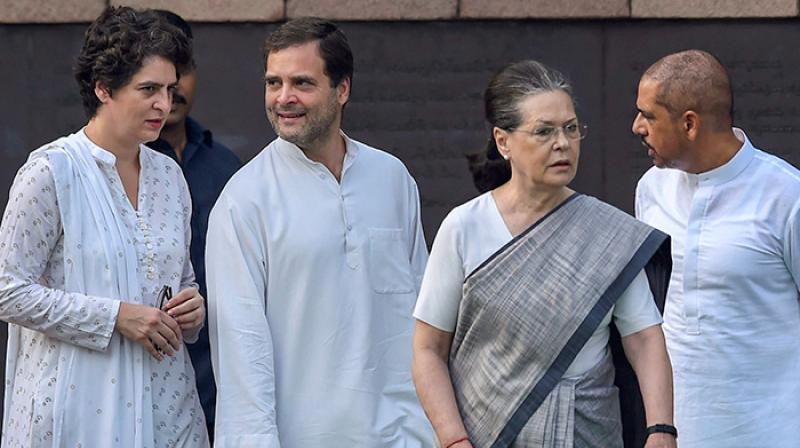 New Delhi: As its alliance government in Karnataka fell on Tuesday, the Congress lost power in another state with the party now left with governments in just four states and a Union territory.

Karnataka was crucial for the party as it was the only southern state in which the Congress was in power.

With the Congress suffering a crushing defeat in the Lok Sabha polls, bagging just 52 seats across India, the party has been pinning its hopes on south India for revival, according to political analysts.

Interestingly, Karnataka is the only major southern state where the BJP is very strong and with the saffron party having favourable numbers, it is set to form the government there.

The Congress now has governments in Punjab, Madhya Pradesh, Rajasthan, Chhattisgarh and Puducherry. The BJP, on the other hand, is in power in 16 states in the country.

The Congress-JD(S) government in Karnataka collapsed on Tuesday after the confidence motion moved by Chief Minister HD Kumaraswamy was defeated in the Assembly, ending his 14-month long turbulent tenure.

Capping a three-week-long high-voltage intense power struggle triggered by a raft of resignations by rebel lawmakers that pushed the government to the brink of collapse, the motion was defeated with 99 members voting for the motion and 105 against it.

The Congress on Tuesday accused the BJP of carrying out "one of the most heinous" horse-trading the country has ever seen and said that it will hold nationwide protests against the "immoral political destabilisation".

The Congress has in the past accused the BJP of "stealing mandate" in states such as Goa and Manipur where the party emerged as the single largest but could not form the government.

The jolt to the Congress comes at a time when it is already facing a leadership crisis with Rahul Gandhi having quit as party president and not much headway made in finding his successor.

Gandhi, during the crucial meeting of the Congress Working Committee on May 25 where he quit as party chief, had made it clear that the grand old party should find a new president other than anyone from the Gandhi family.