Organic cotton T-shirts made in Andhra gains popularity in Belgium 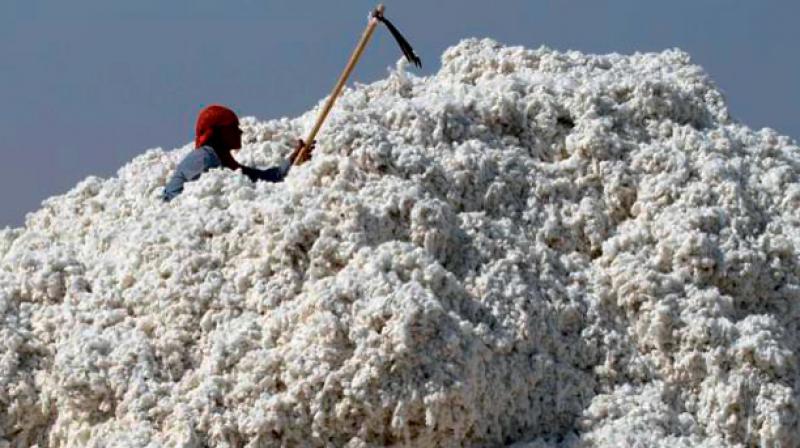 The demand for organic and sustainably made clothing is stronger than ever around the globe as T-shirts made by tribals of North Andhra from organic cotton cultivated are now becoming extremely popular among music lovers in Belgium. (Representational Image)

Visakhapatnam: The demand for organic and sustainably made clothing is stronger than ever around the globe as T-shirts made by tribals of North Andhra from organic cotton cultivated are now becoming extremely popular among music lovers in Belgium.

In one of the biggest electronic dance music (EDM) festival organised by Tomorrowland in Belgium around 8,000 participants used around 30,000 T-shirts made with the cotton in the garment factories based at Tirupur and Coimbatore, reported The Hindu.

In order to spread awareness and send out a powerful message, Regenerate the Environment Society and Economy through Textiles (RESET) – a futuristic innovation by Grameena Vikas Kendram, an NGO – has partnered with Urban Fibres, Belgium, to make this a reality.

The cotton was raised in 26 villages under Pachipenta, Kurupam and Gummalakshmipuram in Vizianagaram district and Bhamini of Srikakulam district by the tribals, reported The Hindu. In all, 18 tonnes of cotton was collected from the 230 farmers by cultivating it in 250 acres. The yield would have been much more but for the heavy devastation caused by Cyclone Titli in October last year.

The regenerative cotton was produced using climate resilient techniques and carbon farming. The entire RESET ecosystem with farmers, ginner, spinner, knitter, dyer and garment workers, all located in India, have taken the utmost care at every step of the task.

“It’s a proud moment for us to sell 30,000 sustainable crew T-shirts for one of world’s largest music festivals by assuring 30 per cent additional income for the tribal cotton growers of Vizianagaram and Srikakulam districts,” Sarat Gidda, vice-president of the NGO, told The Hindu.

The farmers were convinced not to use chemical pesticides and herbicides and synthetic fertilisers prior to taking up the project. The unisex model T-shirts were made with carefully chosen fabric and print dyes that are not harmful to humans and the ecosystem, he pointed out.

In the coming five years, the NGO is firm in involving more farmers to set out to achieve astronomical figures of 62,500 acres and 15,000 farmers. The NGO also plans to take up organic cotton cultivation in Kadapa of Andhra Pradesh and Warangal of Telangana during the current year.

“Our aim is to create the world’s first regenerative cotton value chain by imbibing the principles of ethical production and calling for conscious consumption, seriatim setting in motion, a self-sustaining system,” he stated.