The Government responded by assuring the House that rights of the states will not be violated. 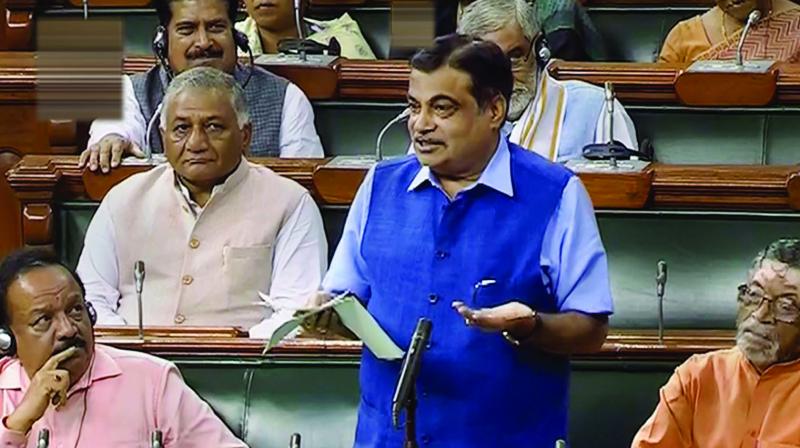 New Delhi: The Lok Sabha on Tuesday passed the Motor Vehicles Amendment Bill which seeks to weed out corruption, improve road safety and usher in use of  technology to regulate traffic. The Bill was passed by a voice vote.

Though Opposition members supported the Bill, but at the same time they accused the Centre of trying to take away powers of states with certain provisions of the draft law.

The Government responded by assuring the House that rights of the states will not be violated. Certain amendments moved by opposition members were also rejected by a voice vote.

Replying to the debate, transport and highways minister Nitin Gadkari said he was there “not to show any dream” but fulfil promises made on better, smoother roads and latest transport technology”.

Participating in the debate, DMK’s Kanimozhi and Trinamul Congress's Saugata Roy asked Mr Gadkari to incorporate suggestions offered by their parties in the bill. She said the central government is already in control of seaways, airways and trains, and is now trying to control roadways as well. She also objected to the bill's provision that does away with the need for any education for a driver.

Trinamul Congress leader Saugata Roy spoke in support of the bill's safety and road violation provisions but added that it has gone into the realm of the state government's powers.

JD(U) MP Kaushlendra Kumar said rights of states should not be infringed upon which Chandrani Murmu of the BJP sought to understand from the minister as to who will provide funds — Centre or State government.