The FIR and initial statement of police has been contradicted by hospital record as well as eye witnesses. 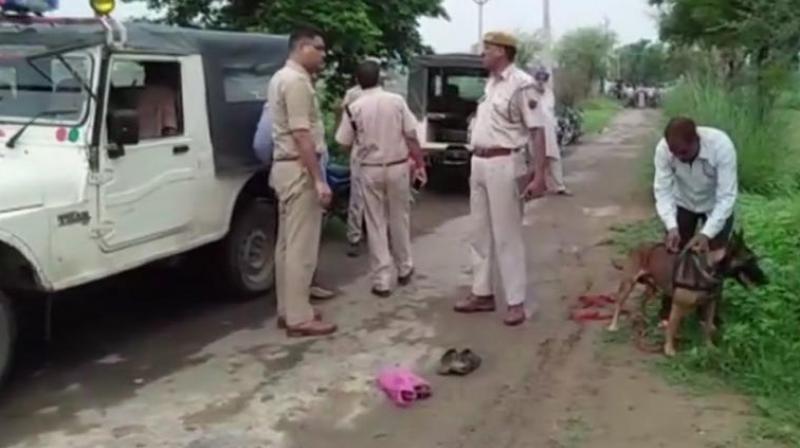 A man was beaten to death by mob in Alwar’s Ramgarh on suspicion of cow smuggling. (Photo: Twitter | ANI)

DGP Galhotra said the team will find out why there so much time was wasted in transporting Rakbar, alias Akbar, to a hospital that was just four kilometres away from the site where he was beaten up on Saturday. The police first took Akbar to a police station and not the hospital. Also, it is alleged that the policemen on the way stopped to have tea.

Meanwhile, Akbar’s post-mortem report has been received. The post-mortem conducted by Dr Rajiv Gupta, Dr Amit Mittal and Dr Sanjay Gupta of Rajiv Gandhi Government Hospital, Alwar, reportedly found 8 to 10 injuries on his body. There was a fracture in his left hand and leg. However, the reason of the death is said to the excessive beating he received on his ribs, which punchered his lungs. Akbar’s viscera have been sent to FSL and SMS hospital in Jaipur for further investigation.

Meanwhile, the Alwar police have a lot to answer for delaying in taking Rakbar to hospital and for allegedly torturing him. The cops also need to answer for the discrepancies in filing the FIR in the death of Akbar on Saturday. The FIR and initial statement of police has been contradicted by hospital record as well as eye witnesses.

Another contrarian entry in the FIR is that the police team had washed Akbar on the spot. The FIR says that when the police reached the spot in Lalawandi forest, a person was lying in the mud. “We poured water on the injured man to clean the mud on him to look at him in torch light,” The FIR read. Assistant sub-inspector Mohan Singh, who wrote the FIR, said the same thing when the this newspaper spoke to him.

However, Akbar was found in two different shirts — in a coloured shirt inside the police jeep and later in a white shirt.