India   All India  24 Jul 2018  MLA with us, nobody can do anything, claimed mob: Alwar lynching victim's friend
India, All India

MLA with us, nobody can do anything, claimed mob: Alwar lynching victim's friend

Gyandev Ahuja of BJP is the local MLA and he was the first to defend the cow vigilantes. 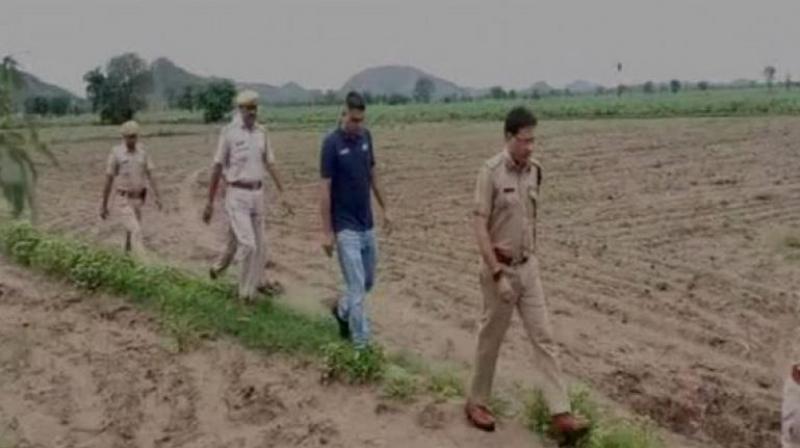 It took three hours for the police to take the mob attack victim to a hospital which was just 20 minutes away. (Photo: ANI)

Alwar: "The MLA is with us, nobody can do anything to us. Set him (Akbar) on fire." These were the words by the gau rakshaks who lynched 28-year-old Akbar Khan, his friend Aslam, an eyewitness who survived, said in a written statement to police.

Gyandev Ahuja of BJP is the local MLA and he was the first to defend the cow vigilantes. Ahuja, however, rubbished the claim and said it was an attempt by the police to malign him.

Another Rajasthan Minister Jaswant Singh on Tuesday appealed to Muslims to understand the sentiments of Hindus and stop smuggling cows. "They must stop this business. As far as his death is concerned, I express condolence and I stand against those who take law in their hands," he added.

According to reports, Akbar Khan is the third Muslim who was beaten to death in Alwar in 15 months.

It took three hours for the police to take the mob attack victim to a hospital which was just 20 minutes away.

Akbar Khan alias Rakbar bled to death on Friday night as policemen, before taking him to hospital, arranged a shelter for his cows and paused for tea and snacks. They even gave the wounded man a wash, claiming he was "too muddy".

Akbar and his friend Aslam were attacked at a village in Alwar by cow vigilantes who saw them walking with cows and suspected they were smuggling the animals.

Meanwhile, Aslam also named the attackers. He said, "They were calling each other Suresh, Vijay, Paramjeet, Naresh and Dharmendra". Three of them have been arrested.

"They tried to catch me and Rakbar. They started hitting Rakbar with sticks. I got away but I saw them and heard them hitting Rakbar," Aslam said in his written statement.

Aslam was pressured by the police to give false statement: MLA

Aslam had accompanied Akbar to Alwar from Haryana to buy cows. They saw a group of men following them on their way back.

According to Aslam's statement, he and Akbar were walking back with the two cows and two calves via village Lalwandi. On the way, a motorcycle crossed them. Its loud noise startled the cattle, which ran into cotton fields near the road. There were seven men in the fields, he said, of whom five called each other by their names.

The men threw Akbar to the ground and started hitting him with sticks, while the other two watched. Aslam hid in the fields and heard the attackers saying, "The MLA is with us, nobody can do anything..." Aslam later managed to escape.

What is more shocking is that, the police reached the spot where Akbar was lynched around 1 am and it was around 4 am on Saturday when they took him to hospital where he was declared dead. "Rakbar had severe injuries due to the beating. He died of internal bleeding," a doctor said.

For his tweet, the Congress chief received flak from BJP that called Rahul Gandhi the "merchant of hate".

Union Home Minister Rajnath Singh declined to comment on the mob violence and lynching. The Ministry of Home Affairs has sought a report from the Rajasthan government over the incident.

Addressing the Lok Sabha on Tuesday, Rajnath Singh said that the Centre will enact a law, if required, to look into the incidents of mob violence and lynching.