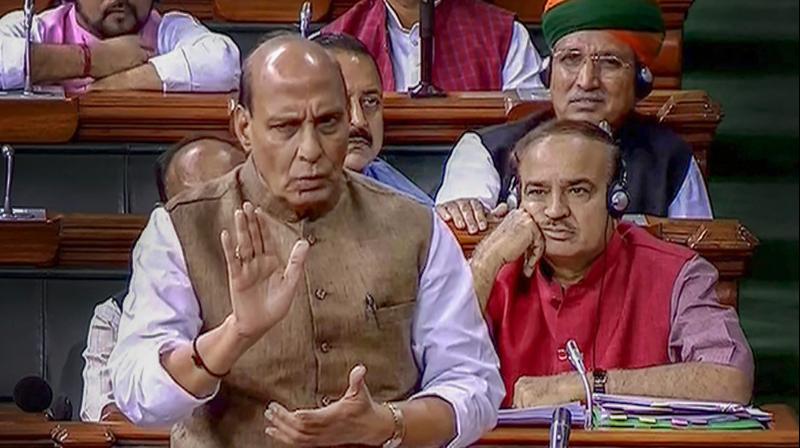 The government would look at taking stringent action against culprits and would enact a law, if necessary, to curb incidents of lynching, Rajnath Singh said. (Photo: LSTV via PTI)

New Delhi: The Government will enact a law, if necessary, to curb incidents of lynching, Home Minister Rajnath Singh said on Tuesday amid Opposition outcry over such incidents.

Opposition parties, mainly the Congress and the Trinamool Congress, raised the issue in the Lok Sabha during Zero Hour and demanded that the Centre take action to curb lynching incidents.

Responding to the criticism, Singh said the government has taken the issue seriously.

A 28-year-old man was lynched on suspicion of being a cow smuggler in Lalawandi village in Rajasthan's Alwar district on Saturday last. On Monday, the Home Ministry announced setting up of two high-level committees to suggest ways and legal framework to effectively deal with incidents of mob violence and lynching

The government would look at taking stringent action against culprits and would enact a law, if necessary, to curb incidents of lynching, Singh said.

The committees were set up a week after the Supreme Court asked the central government to enact a law to deal with incidents of lynching and take action on mob violence.