The Cong bears apprehensions regarding the portrayal of party veterans like Indira Gandhi, Sanjay Gandhi in the film 'Indu Sarkar'. 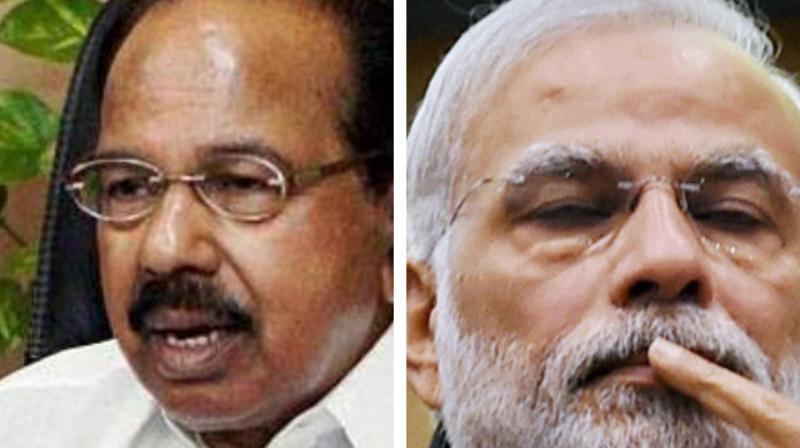 New Delhi: Backing party veteran M Veerappa Moily's assertion that 'Indu Sarkar' will hurt sentiments of many Congressmen and that is what the "present Prime Minister wants", the Congress on Monday questioned if it will get same support if a movie is made on Prime Minister Narendra Modi's alleged role in the 2002 riots in Gujarat.

"If tomorrow I make a movie as to what was the role of Narendra Modi in 2002 riots in Gujarat, Sohrabuddin then will I get the same respect and same support from them? Will the RSS and the ABVP goons let the movie run? Will the Censor board allow it? If they will let it run then we should soon make a movie on this," Congress leader Sandeep Dikshit said.

'Indu Sarkar', based on the 1975-77 Emergency period, has evoked strong criticism and protest from the Congress.

The Congress's apprehensions are over the portrayal of party veterans like Indira Gandhi, Sanjay Gandhi and other senior leaders in the film.

Meanwhile, Priya Singh Paul, who claims to be the biological daughter of late Congress leader Sanjay Gandhi, has filed a writ petition at the Bombay High Court against the Central Board of Film Certification (CBFC) and the makers of 'Indu Sarkar' to put a stay on the release of Madhur Bhandarkar's upcoming film.

Paul filed the petition claiming that the film's trailer maligns the image of Sanjay and former prime minister Indira Gandhi.

The court will hear the matter on July 24 as Paul's lawyers Mariam Nizam and Tanveer Nizam have sought the matter to be heard urgently.

Earlier, filmmaker Madhur Bhandarkar had censured the controversy surrounding his upcoming directorial venture and had asserted that the movie is not a documentary, but a work of fiction.

"This is completely wrong, and controversy like this should not happen because I made a film as a filmmaker and I'm saying that 70 percent of the film is fiction and 30 percent is reality. The reality is based on the books and the documentaries made on them. I don't understand the demand that they (the Congress) want to watch the movie before its release. Let my film get censor board clearance and the moment it is released in the theatres, you can go and watch the film," Bhandarkar said.

After ordering 12 cuts, the CBFC granted U/A certificate to the film.

The trailer of the movie led the Congress party to ask the CBFC for a review before it comes under the scanner.

In this regard, Congress leader Sanjay Nirupam wrote to CBFC chief Pahlaj Nihalani, expressing the grand old party's wish to watch the movie before it is 'censored'.

"The trailer of the film says it's a film on Emergency and hence, we can see the likes of our beloved leaders like Indira Gandhi ji, Sanjay Gandhi ji and other senior leaders of the Indian National Congress. We, therefore, want to be certain that our leaders are not shown in bad light and hence, would like to see the film before it's censored," Nirupam mentioned, in a letter addressed to Nihalani.

Few other political outfits have also expressed dismay over the movie, while some have taken to Twitter to threaten Bhandarkar against the movie's release.

Following this several press conferences of the movie were cancelled.

The movie is slated to release on July 28.