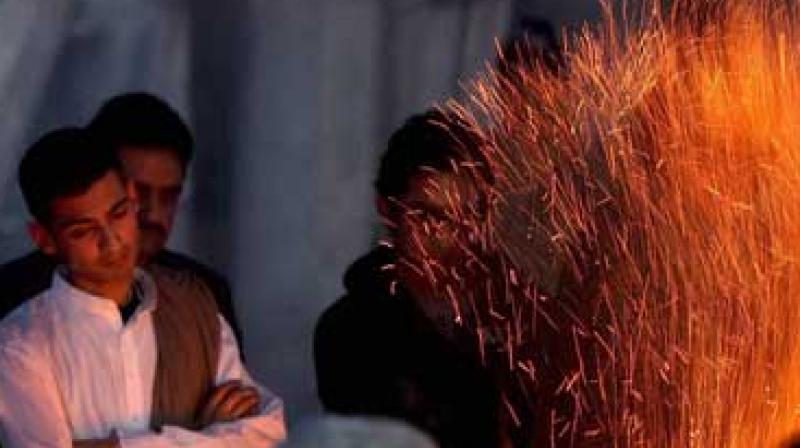 The court also questioned Shiv Menon where was he for last three-and-a-half years. In picture: Shiv Menon during cremation of his mother Sunanda Pushkar at Lodhi Road crematorium in New Delhi. (Photo: PTI)

New Delhi: The Delhi High Court on Monday pulled up Sunanda Pushkar's son Shiv Menon for questioning BJP leader Subramanian Swamy's plea seeking a Central Bureau of Investigation (CBI) probe in his mother's death case and asked as to why is he restraining the inquiry to find out the truth.

The court came down hard on Menon's counsel while questioning his stand.

"Don't you want a proper enquiry into the death? How are you affected by Swamy asking for a CBI probe?" the court asked Menon.

The court further questioned Menon, by saying that "Don't you want a proper enquiry? Why are you trying to restrain it?"

The court also questioned Menon where was he for last three-and-a-half years.

Rahul Mehra, the standing counsel for Delhi Police, said Menon should have come three and half years back to court to file a petition.

"He (Menon) hasn't come till now and now he's coming. This is very innocuous. The appeal made by Swamy is actually in Shiv Menon's favour and he is coming to court and saying it should not be allowed," Mehra said.

Earlier on Monday, the Delhi High Court issued notice to Delhi Police and Swamy on the application filed by Menon in his mother death case.

The next hearing in the case is scheduled on August 1.

Menon alleged that Swamy filed the plea for sake of publicity and not to seek justice for Sunanda.

Swamy on July 6 this year had filed a PIL in the Delhi High Court seeking a court-monitored enquiry into the mysterious death of Sunanda.

Sunanda Pushkar, wife of Congress leader Shashi Tharoor, was found dead at a suite in a five star hotel in South Delhi on the night of January 17, 2014.