The documents received by Swiss Banks were never worked at and bails were granted without looking at the law, BJP MP Meenakshi Lekhi said. 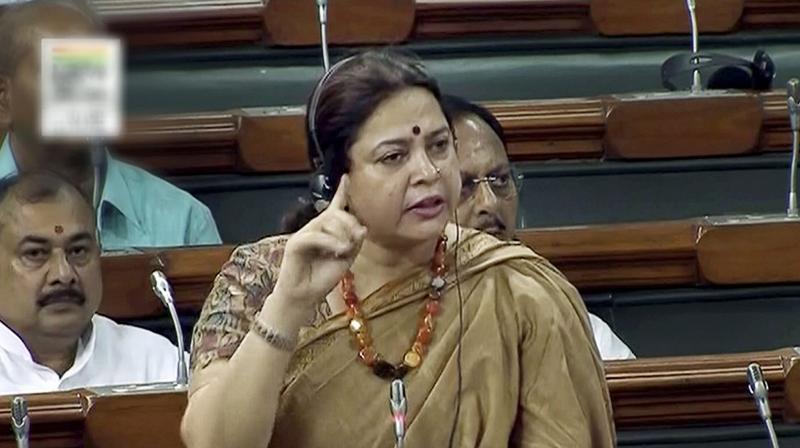 New Delhi: The Bharatiya Janata Party (BJP) on Monday said the 'genie' of Bofors case will continue to haunt Congress until a proper investigation is conducted.

"The genie of Bofors is back again and the basic issue remains that the investigation which should have been taken place had not taken place yet. In fact, everybody collaborated to scuttle the investigation. It is for everyone to see that the skeletons will keep coming out till they have a decent burial. The decent burial of Bofors has not happened at all," BJP MP Meenakshi Lekhi said.

"The documents which were received by the Swiss Banks were never worked at, bail applications were moved and unfortunately the bails were granted without looking at the law. In the absence of decent burial, as I said, the genie will keep coming back," Lekhi asserted.

She further said the big ticket of corruption, which this country saw in the age of television channels, needs to be buried decently and people who accepted the bribe, its trail needs to be found.

"When heads of states get involved in corruption then that's a huge thing," Lekhi added.

Earlier on Monday, pandemonium reined in the Parliament when the Opposition trooped into the wells of both the Lok Sabha and the Rajya Sabha to protest against the Centre's recent actions with regard to the Bofors Gun Case, frequent incidents of mob lynching arising out of the ban on cow slaughter and the National Eligibility-cum-entrance Test (NEET).

The Parliament witnessed uproarious scenes and disruptions as the opposition cornered the government on several issues and also sought a discussion on farmer suicides.

In the Lok Sabha, the opposition disrupted Question Hour by raising slogans against the government over incidents of cow vigilantism. The ruckus continued for over an hour.

Some the protesting members also threw papers at Speaker Sumitra Mahajan as the treasury benches countered the opposition over questions related to mob lynching and Bofors scam allegations.

Congress leader Mallikarjun Kharge questioned the Speaker as to why his adjournment motion on mob lynching and cow vigilantism was rejected? He pointedly asked that when the country is facing incidents of lynching and attacks on Dalits, minorities and women, it was a clear case of failure on the part of the government to protect marginalized sections of society.

Union minister and BJP leader Ananth Kumar countered and retorted by saying the country worships the cow and the cow must be protected. He said any crime happening in the name of cow would not be tolerated.

This statement caused pandemonium and led Speaker Mahajan to adjourn proceedings on the House till 2:00 pm.

The opposition also raised objections to a six-member sub-committee of the Public Accounts Committee (PAC) on defence looking into non-compliance of certain aspects of the Comptroller and Auditor General (CAG) report of 1986 on the Bofors howitzer gun deal.

A majority of the members of a parliamentary sub-committee have asked the Central Bureau of Investigation (CBI) to move the Supreme Court against the Delhi High Court's 2005 order quashing proceedings in the Bofors case.

CBI Director Alok Verma and Defence Secretary Sanjay Mitra were among the officials who appeared before the panel headed by BJD MP Bhartruhari Mahtab last week and faced questions from members of the sub-committee on defence attached to the Public Accounts Committee (PAC) on why the premier investigating agency did not approach the Supreme Court after the Delhi High Court dismissed proceedings in the case in 2005.

The Bofors scandal relating to alleged payment of kickbacks in procurement of howitzer artillery guns had triggered a massive political storm and led to the fall of the Rajiv Gandhi government in 1989.

The CBI wanted to approach the Supreme Court in 2005 after the Delhi High Court quashed the Bofors case, but it was denied permission by the then UPA government.

In the Rajya Sabha, opposition MPs from Tamil Nadu and West Bengal demanded answers on the NEET and took their protest into the Well of the House.