The police is searching for at least one more person accused of beating the 24-year-old. 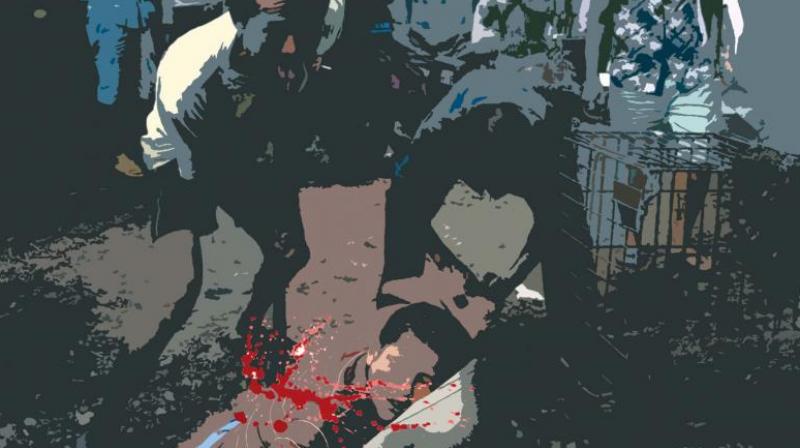 Jharkhand mob lynching: Five men have been arrested and two policemen suspended. Police on the lookout for more accused.(Photo: Representational)

Mumbai: Five men have been arrested and two police officers have been suspended amid the outrage over the mob attack on 24-year-old, Tabrez Ansari in Jharkhand last week.

As reported by NDTV, the police is on the lookout of at least one more accused in the case.

Ansari was caught by villagers on suspicions of burglary and later thrashed by the mob. Four days later, he died in jail. Ansari's family repeated the allegations after his death.

They also alleged that the mob forced Ansari to chant 'Jai Sri Ram' and 'Jai Hanuman' before handing him to the police.