India   All India  24 May 2020  Army, NDRF in Cyclone Amphan-hit West Bengal to help state get back on its feet
India, All India

Army, NDRF in Cyclone Amphan-hit West Bengal to help state get back on its feet

The teams reached areas likes Salt Lake, Behala and Golpark in the morning. 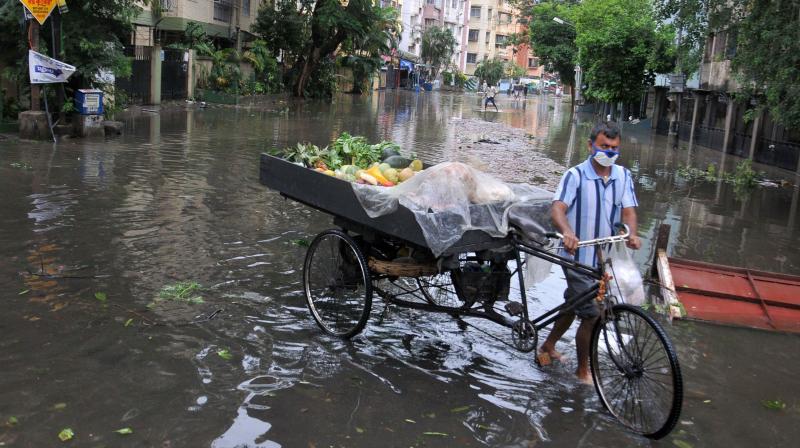 Kolkata: Army and NDRF teams on Sunday helped forest department and civic agencies to get cyclone-ravaged West Bengal back on its feet.

The teams reached areas likes Salt Lake, Behala and Golpark in the morning to clear the arterial and other link roads blocked by uprooted trees.

The Army was deployed in Kolkata and neighbouring districts on Saturday, hours after the West Bengal government sought its help and other support for immediate restoration of essential infrastructure and services in the state ravaged by Cyclone Amphan.

Five columns of the Army were deployed in different parts of the city and North and South 24 Parganas districts, a Defence official said.

These three parts of the state reported the maximum damage due to the cyclone which claimed 86 lives, flattened homes and damaged crops.

The Forest department and the Kolkata Municipal Corporation have also engaged their staffers in the road clearance work.

Electricity and water supply remained affected in many parts of the city.

Agitated residents blocked roads in several areas in south Kolkata on Saturday, demanding restoration of electricity and water supply which are not available since Wednesday afternoon.

In places like Mudiali in south Kolkata, locals stepped in with saws to clear roads blocked by uprooted trees.

Mobile and internet services were restored in some areas of the city even as many places in South 24 Parganas, North 24 Parganas and East Midnapore remained cut off.

On Friday, Chief Minister Mamata Banerjee described the situation as "more than a national calamity" and put the estimated loss at more than Rs 1 lakh crore. She had stated that more than six crore people have been affected by the cyclone.

Prime Minister Narendra Modi along with Banerjee had conducted an aerial survey of the affected areas in South and North 24 Parganas districts on Friday.