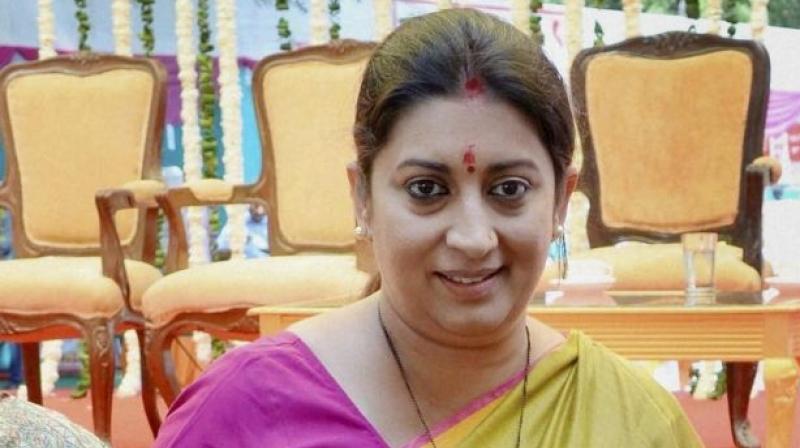 New Delhi: In the 'Namo Tsunami 2:0,' Union minister Smriti Irani, Sadhvi Pragya Thakur, Krishnapal Yadav, G.B. Basavraj and Ramesh Chandra Kaushik turned as one of the “giant killers” defeating their rivals in their pocket-boroughs. While Ms Irani defeated Congress president Rahul Gandhi from Amethi, which the Congress had been holding since 1980’s (and had lost briefly for a year in 1998,) Sadhvi Pragya Thakur, an accused in Malegaon bomb blast case, and BJP's Bhopal candidate garnered nearly 60 percent votes. Ms Thakur defeated former Madhya Pradesh chief minister and a Congress stalwart, Digvijay Singh. The BJP had to face severe criticism over its choice of fielding Ms Thakur and also some of her controversial remarks made during campaigning, including agaisnt Mahatama Gandhi's killer Nathuram Godse.

BJP's GS Basavraj was leading till late in the evening on this seat. JD(S) is ruling the state along with ally Congress and but both allies could not contain the BJP's surge, which they tried to check by joining hands in 2018.

BJP's Ramesh Chandra Kaushik turned out to be another 'giant killer' as former chief minister and Congress stalwart Bhupendra Hooda was trailing from Sonipat parliamentary seat till late evening. Haryana was one of the states, where caste combination and caste arithmetic  failed to outbeat the BJP's electoral strategy and Prime Minister Narendra Modi's popularity.