India   All India  24 May 2017  Fake encounter in Assam by Army; weapons planted on bodies: CRPF IG
India, All India

Rajnish Rai claimed that a team of Assam police and Army picked up the NDFB(S) cadres from a house and killed them in cold blood. 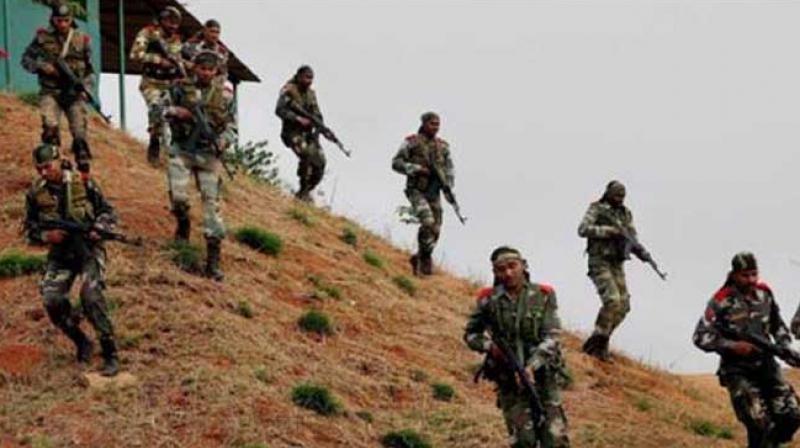 CRPF DG RR Bhatnagar said that the force would wait for the Assam Police to complete its probe into the matter. (Photo: PTI/Representational Image)

Guwahati: A Central Reserve Police Force (CRPF) Inspector General has written to the Assam Chief Secretary, alleging that the Army, Assam Police, CRPF and the Sashastra Seema Bal (SSB) conducted a fake encounter in Chirang district on March 30 this year.

According to a report in the Indian Express, IPS officer Rajnish Rai, currently posted in Shillong, also sent a report to CRPF headquarters in Delhi, claiming that the encounter which led to the death of two suspected members of the National Democratic Front of Bodoland (NDFB) was staged.

Rai alleged that the two men were picked up by security forces from a house in D-Kalling village and killed in cold blood in Simlaguri. He also claimed that weapons were planted on the men’s bodies, and called for a thorough probe into the matter, said the report.

Rai said the bodies of Lucas Narzary alias N Langfa and David Islary alias Dayud were identified by witnesses, who are now in his safe custody.

Rai alleged ‘discreet enquiries’ by senior officers before the encounter, and claimed that a CoBRA unit of the CRPF visited the spot before the incident.

In his report, Rai stated that a team of Assam police and Army picked up the NDFB(S) cadres from D-Kalling village, met another team at Ouguri and then decided to kill the two men.

Rai also claimed that an 11-year-old boy was present in the house from which the two men were picked up, and was taken away by a woman even as the encounter was on.

Rai said that Team No 15 of 210 CoBRA, which had earlier claimed credit for the encounter, denied their role in it when confronted by an enquiry officer.

In response to the allegations, Assam DG Mukesh Sahay was quoted as saying, “Whenever there is an encounter, there are laid down guidelines. All those guidelines are being strictly followed. An inspector general of police and a magistrate are enquiring into the matter. As far as this report is concerned, we will think about taking cognisance of it after the magisterial enquiry is over.”

CRPF DG RR Bhatnagar said that the force would wait for the Assam Police to complete its probe into the matter.

Security forces have claimed that several rounds of live ammunition were recovered from the bodies of the slain NDFB(S) militants.