India   All India  24 May 2017  Controversial self-styled godman dies in Delhi at 66
India, All India

Born Nemi Chand in 1948, he was the son of a money-lender in Rajasthan’s Behror. 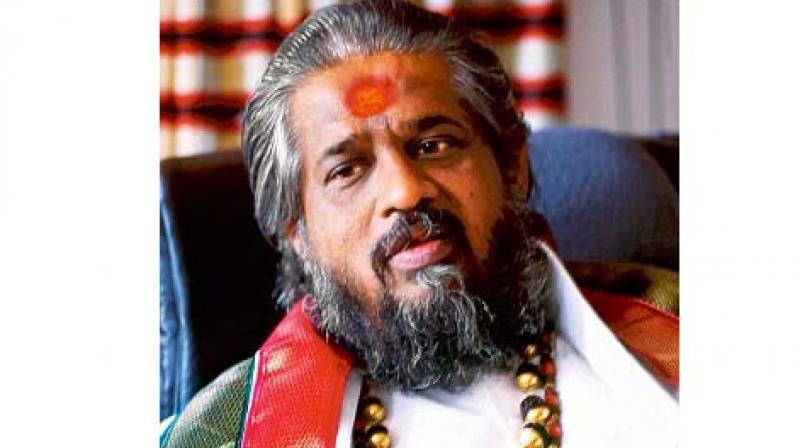 New Delhi: Self-styled godman Chandraswami, whose name was embroiled in several political scandals and financial irregularities in the 1990s, died here on Tuesday.

The controversial godman, who had suffered a stroke, died at the Apollo Hospital at the age of 66. It is understood that he had a kidney condition and was on dialysis.

“Despite all measures” taken by doctors, his condition deteriorated, the hospital said in a statement. “He succumbed to the illness today at 2.56 pm,” the statement said.

Born Nemi Chand in 1948, he was the son of a money-lender in Rajasthan’s Behror. He shot to fame as an astrologer and was considered to be close to Prime Minister P.V. Narasimha Rao.

Allegations of financial irregularities were often levelled against him and, in 1996, he was arrested on charges of defrauding a London-based businessman, Lakhubhai Pathak.

His name also cropped up in investigations into the assassination of former Prime Minister Rajiv Gandhi. In its report on the assassination, the Jain Commission dedicated a volume to Chandras-wami’s alleged involvement in the case.