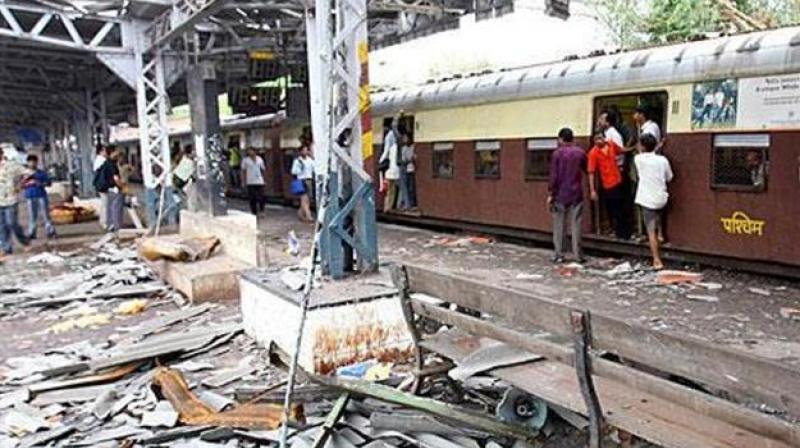 Ahmedabad: The city crime branch sleuths have arrested an accused, wanted since nine years in connection with the 2008 Ahmedabad serial bomb blasts case, from Kozhikode in Kerala, a senior official said on Wednesday.

The accused, Shoaib Pottanikal, was arrested by a team of Ahmedabad crime branch sleuths, Kerala police and intelligence officials from Kozhikode soon after he landed at the airport in Ahmedabad on Tuesday, Joint Commissioner of Police J K Bhatt said.

"Shoaib, one of the 18 absconding accused in the 2008 Ahmedabad serial bomb blasts case, was arrested from Kozhikode airport after he landed there from abroad. He had escaped overseas after the blasts, following which a Red Corner notice was also issued against him," Bhatt said in Ahmedabad.

He said Shoaib knew Sainuddin and Sarfuddin, the two persons arrested for allegedly providing electronic chips used in making bombs for the 2008 blasts, and helped the operatives of Indian Mujahideen and banned outfit SIMI for getting in touch with them with an intention to make bombs.

Yasin Bhatkal, one of the main accused in the case, had also told the crime branch sleuths about Shoaib's role after he was brought in Ahmedabad on a transfer warrant from Tihar jail on March 31, 2017, Bhatt said.

Shoaib (49) hails from Malappuram in Kerala where his father has a rice mill. He comes from a well-to-do family, the JCP said. However, the police official did not disclose where Shoaib had escaped and from where he was coming to India when he was arrested, saying it could not be revealed due to the ongoing investigation.

"Since the last six to eight months we had stepped up the lookout for the absconding accused, including Shoaib. The local police and intelligence officials were also keeping a tab on Shoaib's close friends and relatives. Upon learning that he was expected to come to his hometown and land at Kozhikode airport, a team of crime branch officials went there and with the help of local police, we arrested him," Bhatt said.

He will be produced before a court in Ahmedabad on Wednesday for remand. So far, 79 accused have been arrested in the case and a chargesheet has been filed against them.

With Shoaib's arrest, the number of people being held has gone up to 80. The city crime branch had recently brought in Ahmedabad Yasin Bhatkal, one of the main operatives of Indian Mujahideen, for questioning in connection with the 2008 city serial blasts case.

Bhatkal is presently in the custody of the National Investigation Agency (NIA). Eighteen blasts had rocked the city on July 26, 2008 in which 56 people were killed and over 150 injured.