AAP leader Khetan, in his plea, sought a ban on Sanatan Sanstha and a CBI probe monitored by the SC into the alleged death threats. 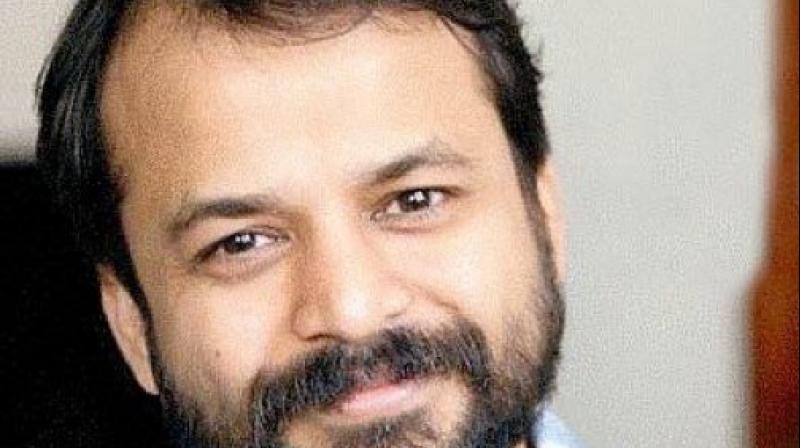 A vacation bench comprising Justices L Nageswara Rao and Navin Sinha listed the matter for hearing on June 5 after advocate Sunil Fernandes mentioned the matter for urgent listing before it.

Khetan, who is the vice chairman of Dialogue and Development Commission of Delhi, has in his plea sought a ban on right-wing organisation, Sanatan Sanstha, and a CBI probe monitored by the apex court into the alleged death threats.

The plea settled by senior advocate Kapil Sibal also sought police protection following the threats from several right-wing organisations and formulation of guidelines for protection of such people who get death threats.

"The petitioner herein respectfully submits that there are right-wing extremist organisations active in the country today. Some of the prominent groups among them are Sanatan Sanstha, Abhinav Bharat, Hindu Janjagruti Samiti, Hindi Rakshak Samiti, Bajrang Dal, Durga Vahini, Sri Ram Sene and Vishwa Hindu Parishad. Such radical right-wing extremist organisations have notably in the last couple of years carried out several murderous attacks on those who do not share their ideology and those who are rationalists, secularists, free thinkers, anti-superstition and critical thinkers," the plea said.

Khetan said that since 2014, such right-wing groups have gained prominence while the respondents (Centre and police) have failed to take effective action and to discharge their duties to safeguard liberty and free speech.

"Such radical groups have sought to silence the voices of people like the petitioner herein by threats, intimidation, violence and even outright murder. That because of petitioner's investigative articles and forthright condemnation of the criminal and anti-national activities of the extremist right-wing organisations including that of Sanatan Sanstha, the petitioner in July 2016, received an anonymous letter threatening him with dire consequences," he said in his plea.

Khetan said he had even complained to the Delhi Police Commissioner about the threat but no substantive action has been taken by them till now. He said that on May 9, he received a threatening letter written in Hindi at his office claiming that his death is imminent.

"It is submitted that the language and content of this letter is similar to the threatening article published by Sanatan Prabhat against Dr Narendra Dabholkar, both before and after he was killed. The threat is a chilling reminder of the growing confidence of the anti-national and fascist forces who want to exterminate all dissenting voices with silence," he said.

Khetan claimed that on May 13, he wrote a letter to Home Minister Rajnath Singh and the copy was marked to the Delhi police commissioner informing them about the inaction of the government to apprehend the accused responsible for killing of Dr Narendra Dabholkar and Govind Pansare.

"In view of all these circumstances, the petitioner faces a grave threat to his life and liberty from radical right-wing organisations and their members who are wanted in various crimes and are still at large," it said.

Khetan, a former journalist, claimed that he has written several investigative articles against right-wing radical organisations and has deposed in several Gujarat riot cases which were considered by courts.