Vice Admiral Verma moved tribunal after the defence ministry failed to respond to his statutory complaint within 10 days. 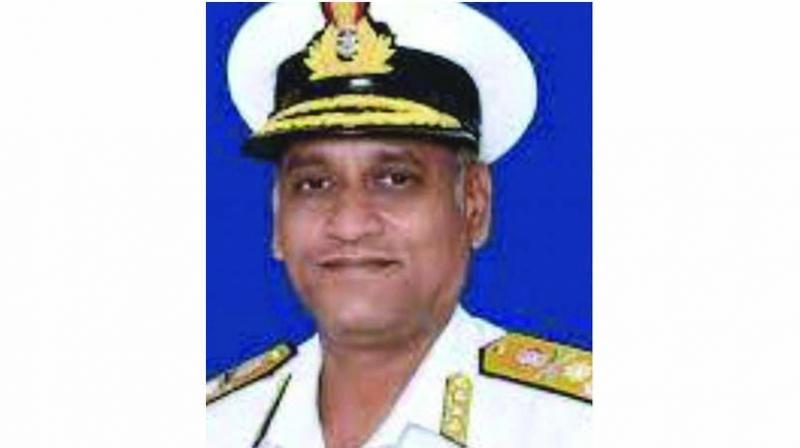 New Delhi: Chief of the Andaman and Nicobar Command Vice Admiral Bimal Verma on Tuesday again moved the Armed Forces Tribunal to challenge his supersession for the Navy chief’s post.

He moved the tribunal on a day when all top Naval commanders are in New Delhi attending the first edition of Naval Commanders’ Conference of 2019. Vice Admiral Verma moved tribunal after the defence ministry failed to respond to his statutory complaint within 10 days.

Vice Admiral Bimal Verma on April 11 had  filed a statutory complaint to the defence ministry  challenging his supersession for the post of Navy chief.

Earlier, he had withdrawn his petition before the Armed Forces Tribunal because as per rules he  has to first approach the ministry of defence for redressal of his grievance.

In his petition to the tribunal, Vice-Admiral  Verma,had said that the government had in an “arbitrary and whimsical” manner ignored the recommendation of the Chief of Naval Staff and appointed his junior Vice Admiral Karambir Singh as the next chief of the Indian Navy. In second supersession affected in the armed forces by Narendra Modi government, Eastern Naval Command chief Vice Admiral Singh last month was nominated as the next Navy chief after Admiral Sunil Lanba retires on May 31. Vice Admiral  Verma is six months senior to Vice Admiral Karambir Singh.

This is the second time that the seniority principle has been discarded in the Modi government’s tenure, the first being when Gen. Bipin Rawat was appointed as Army chief by superseding two officers senior to him.