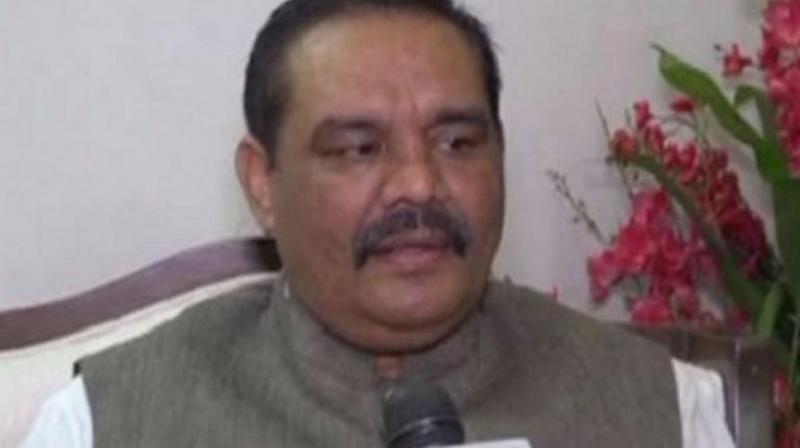 Sampla vented his anger in a series of tweets, hitting out at the party. (Photo: File)

Sampla vented his anger in a series of tweets, hitting out at the party.

In another tweet, the Dalit leader sought to present his clean credentials and asked the party what was his fault and why he was denied renomination.

"You should have pointed out any fault. What is my fault?" he tweeted.

"There is no corruption charge against me. No one can raise a finger at my conduct," he said.

He also highlighted the development work he undertook during his tenure as a member of parliament.

"I got an airport in my region, got many new trains started, got roads built," tweeted Sampla.

"If this is the fault, I will tell my coming generations that they must not commit these mistakes," he said in his tweet.

Sampla also removed the prefix "Chowkidar" that he had added to his twitter handle earlier.

Sampla is the Union minister of state for social justice and empowerment.

Earlier, he was replaced as chief of Punjab BJP by Rajya Sabha MP Shwait Malik with whom he reportedly did not share good terms.

The party also fielded actor Sunny Deol as its candidate from the Gurdaspur Lok Sabha seat hours after he joined the party, while sitting member of parliament from Chandigarh Kirron Kher was renominated from the Union Territory.

Vinod Khanna had represented Gurdaspur in the Lok Sabha for four times as a BJP candidate.

His death in April 2017 had necessitated the Gurdaspur Lok Sabha bypoll which was won by Congress candidate Sunil Jakhar.

Kavita Khanna has been holding public and workers' meetings in Gurdaspur constituency for the past several weeks.

With Sunny Deol being named as the BJP candidate from this border seat, he will now face Congress nominee Sunil Jakhar.