Amarjit Singh, a resident of Amritsar, had arrived in Pakistan along with 1,700 Sikh pilgrims to celebrate Baisakhi festival on April 12. 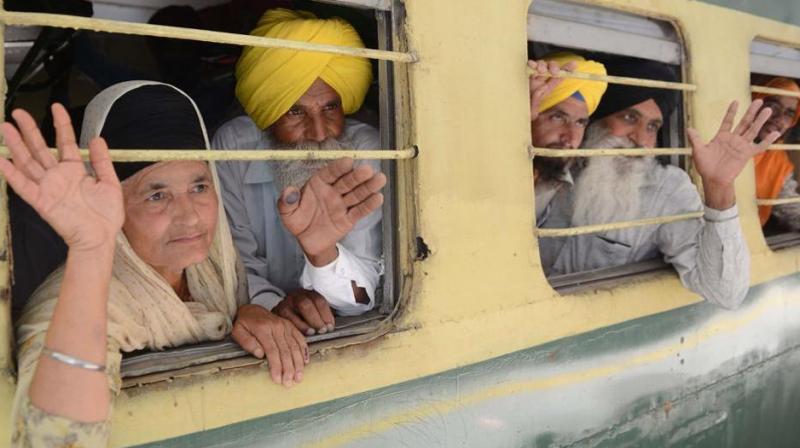 Lahore: A 24-year-old Indian man, who had gone missing in Pakistan during Baisakhi festival celebrations, was found from his "Facebook friend's" residence in Sheikhupura, about 50 km from Lahore, an official of the Evacuee Trust Property Board said on Monday.

Amarjit Singh, a resident of Amritsar, had arrived in Pakistan along with other 1,700 Sikh pilgrims to celebrate Baisakhi festival on April 12. But his disappearance was only noticed when the entourage, he came along with, embarked upon the return journey to India.

Confirming that Singh had been traced, spokesperson of the Evacuee Trust Property Board or ETPB Amir Hashmi said that he will be handed over to the Indian authorities on Tuesday.

"Amarjit Singh has been found and will be sent back to India on Tuesday. Singh on his arrival to Nankana Sahib had left the group to meet his Facebook friend - Amir Razzak - in Sheikhupura (some 30km from Nankana Sahib).

"In fact the family of Razzak contacted the board and told about Singh's stay at his residence. On Monday, both Singh and Razzak visited the ETPB office in Lahore and told it that he (Singh) had not gone missing," Hashmi said.

He said Singh told the board that he thought that he had a one month visa and he would return the country after spending a couple of weeks with his friend here.

The ETPB takes passports from the visiting pilgrims and returns them on their departure to their homeland.

"After it was established that he had not deliberately disappeared and had no links with the Indian intelligence agency, Singh was handed over to the ETPB to be deported to India," he said.

According to investigation by the ETPB, Singh separated himself on April 16 from the visiting Sikh group members on a visit to Gurdwara Janamestan in Nankana Sahib (some 80km from Lahore).

The ETB came to know about his disappearance when Singh did not turn up on April 21 along with other visiting Indian Sikhs at the Wagah railway station to leave for India.

Singh and others had a valid Pakistani visa till April 21.

Singh's disappearance came at the heels of another visiting Indian pilgrim Kiran Bala, who married a Pakistani man Mohammad Azam, a resident of Lahore, and applied for Pakistani citizenship.