Later, talking to media post his remark, Khurshid said that he was defending the Congress party. 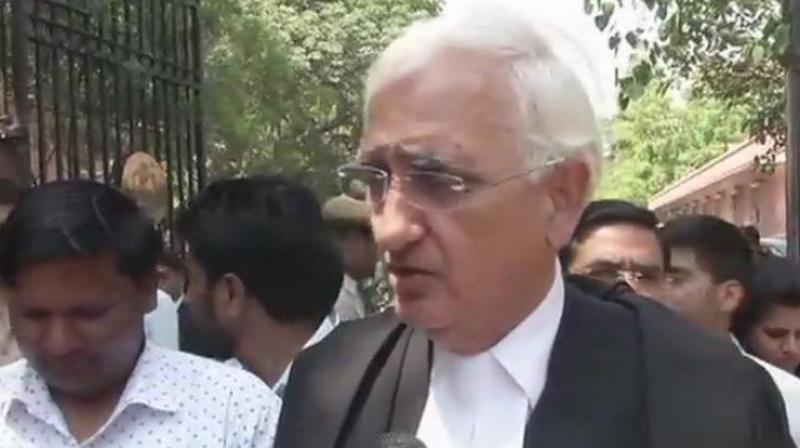 Aligarh: Raking up a controversy, senior Congress leader Salman Khurshid said that his party's hand is stained with the blood of Muslims.

Responding to a question at an event organised in Aligarh Muslim University (AMU) on Monday, Khurshid said, "I am a part of Congress so let me accept that we have the blood of Muslims on our hands. I am telling you this; we are ready to show the blood on our hands so that you understand that you too must not get blood on your hands."

"If you attack them, you are the ones who would get stains on your hands. Learn something from our history and don't create such situation for yourself where if you come back to AMU after 10 years you will find one like you to ask the question," he added."

Khurshid was replying to a question asked by former AMU student.

"The first amendment was in 1948. Then, there was Presidential order in 1950. After that Hasanpura, Maliana, Muzaffarnagar and there is a long list of riots under the Congress regime. Then there was the opening of the gates of Babri Masjid, placing idols inside and then the demolition of Babri Masjid while Congress was in power at the centre. Congress has Muslims' blood on its hands. What do you have to say about it?" the former student asked.

Later, talking to media post his remark, Khurshid said that he was defending the Congress party.