Mr Carmon said Israel is fine with India having relations with it as well the Arab countries. 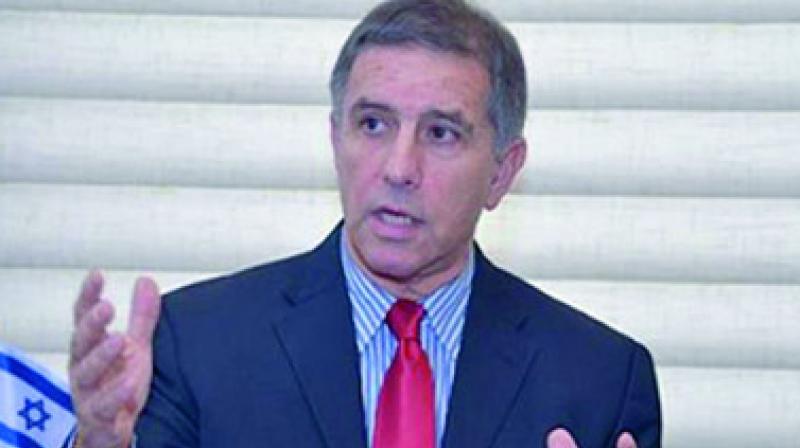 New Delhi: Appreciating that Indo-Israel ties were more “visible” after the Modi government has come to power, Israel said on Sunday that India’s policy of not having a “zero-sum game” while dealing with the Jewish nation and the Arab countries has sent a strong message.

There is a lot of “visibility” in Indo-Israel relations after Prime Minister Narendra Modi has come to power and the Jewish nation respects that change, Mr Carmon said.

“India’s policy of not having a zero-sum game while dealing with Israel and the Arab nations has sent a positive message. The relations between India and Israel did not start in 2014, but what has changed is the visibility of things that we are doing together. What has changed is the very important and very much respected in Israel,” Mr Carmon said.

The Israeli ambassador also said that there may be a change in the declaration and policy of India after the Modi-led government has came to power.

The current NDA dispensation has been very open about its relations with Israel as compared to the Manmohan Singh government, which was cautious in openly flaunting India’s ties with Israel.

As India and Israel celebrate 25 years of their diplomatic relations this year, Mr Modi is expected to visit the West Asian country in July during which the two sides are expected to finalise pacts in key sectors.

“In relation to the past, we are at the peak, but this is not the peak. The peak will never happen because we will continue to try for more and more and I think we are in a very good period of time. We are looking back at 25 years of relations we are celebrating. We are very satisfied with what we have achieved,” he said.

Mr Carmon said Israel is fine with India having relations with it as well the Arab countries and noted that the scenario in West Asia has changed.