The terrorists made an unsuccessful bid to target Modi’s Dussehra rally in Lucknow in Uttar Pradesh in October last year. 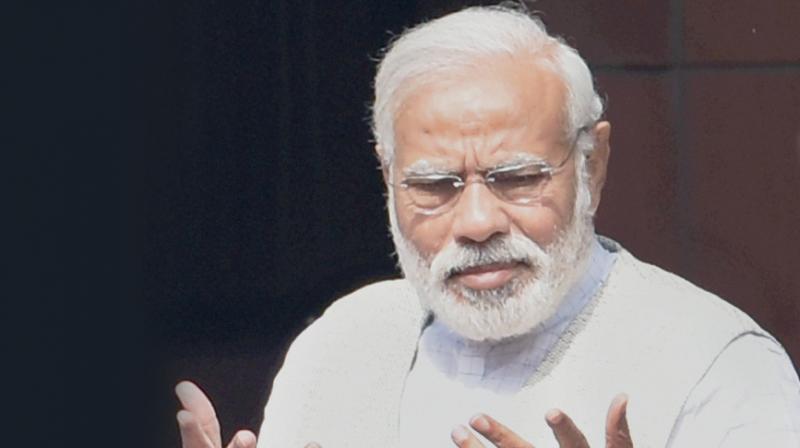 Bhopal: Suspected ISIS militants behind the Bhopal-Ujjain passenger train blast in Madhya Pradesh on March 7 had made an unsuccessful bid to target Prime Minister Narendra Modi’s Dussehra rally in Lucknow in Uttar Pradesh in October last year, the police said on Thursday.

The four-member team of alleged ISIS operatives, one of whom was killed in his hideout in Lucknow in the counterinsurgency operation in the late night of March 7, had to shelve their plan to plant an improvised explosive device (IED) in Aishbag Ram Lila Ground in Lucknow, venue of PM’s March 11 rally, after finding heavy security arrangement in the area, sources in MP anti-terrorist squad (ATS), disclosed to this newspaper here.

“The four-member gang carried an IED fitted in a pipe with them to the ground to plant the bomb at the rally venue in the night of October 10. But they abandoned the plan after finding it impossible to penetrate the security cover provided to the ground,” interrogation of the train blast accused by MP ATS has revealed.

However, they planted the IED in the nearby area to cause panic in the crowd.

“The team was surprised not to find a mention in the media of the explosion the next day. Hence, they visited the spot three days later and found embers of exploded preparatory IED which burnt a grass patch in the area,” sources added.

However, Mohd Saiffula, the fourth member of the alleged ISIS team which had attempted to target the PM, was gunned down in a house in Lucknow on the night of March 7.

The trio, who has been handed over to NIA that currently probing the incident, was scheduled to lead the probe team to places in Lucknow and Kanpur where they had tested around half-a-dozen preparatory bombs.

They had planned to target Sufi shrine Dewa Sharif in Barabanki, besides two important places of worship belonging to Shia Muslims in Lucknow and Rae Bareli, all in UP.