Congress is surprised that the central government was being invited to participate in the Organisation of Islamic Cooperation (OIC). 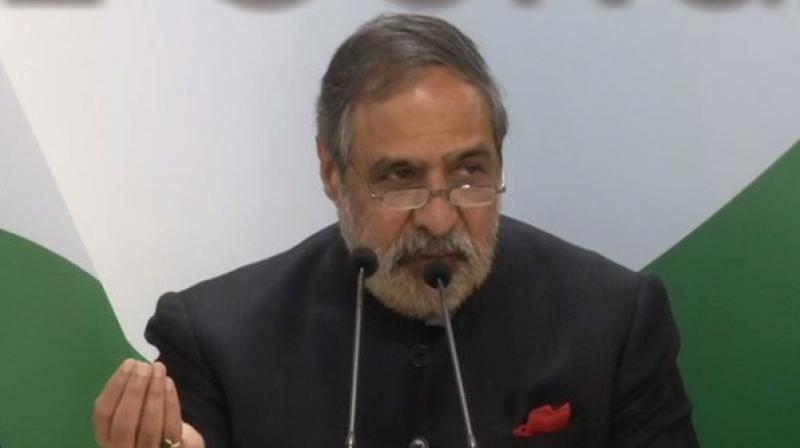 India has been invited by the 57-member OIC as a “Guest of Honour” for the inaugural plenary. (Photo:ANI)

New Delhi: Congress on Saturday has expressed surprise that the central government was "euphoric" about being invited to participate in the Organisation of Islamic Cooperation (OIC) stating that the government was misleading people.

Talking exclusively with ANI, Congress leader Anand Sharma said, "The invitation is rather surprising. There is nothing to be euphoric."

Noting that India was invited at the original conference in Rabat in 1969 but was removed, Sharma said, "India had refused any invitation thereafter, particularly the observer status. India has maintained that being the original invitee and a country with a very large Muslim population, it's important that OIC grants India full status member."

"OIC charter states any country with a conflict with a member won't be given that status. There are issues that need clarity, particularly vis-a-vis Pakistan in OIC resolution on Kashmir. At this time, the government of India accepting it happily and trying to mislead the nation is not acceptable Congress objects to India's participation at OIC," he said.

In a first, India has been invited by the 57-member OIC as a “Guest of Honour” for the inaugural plenary of its meeting of foreign ministers to be held on March 1, marking a major development.

External Affairs Minister Sushma Swaraj has been invited by Foreign Minister of United Arab Emirates Sheikh Abdullah bin Zayed Al Nahyan to address the inaugural plenary of the 46th session of the Council of foreign ministers to be held in Abu Dhabi, according to a statement issued by the external affairs ministry.

India thanked the leadership of UAE for the invitation and said it is happy to accept it.“First time as Guest of Honour,” External Affairs Ministry spokesman Raveesh Kumar tweeted.

India sees this invitation as “a welcome recognition of the presence of 185 million Muslims in India and of their contribution to its pluralistic ethos, and of India’s contribution to the Islamic world,” according to the MEA statement.

Founded in 1969, the OIC is a grouping of mostly the countries having Muslim majority.