The powerless ‘witches’ of Jharkhand

In this case the victims were lucky to get a prompt police response but many ignorant women branded as witches fail to get help. 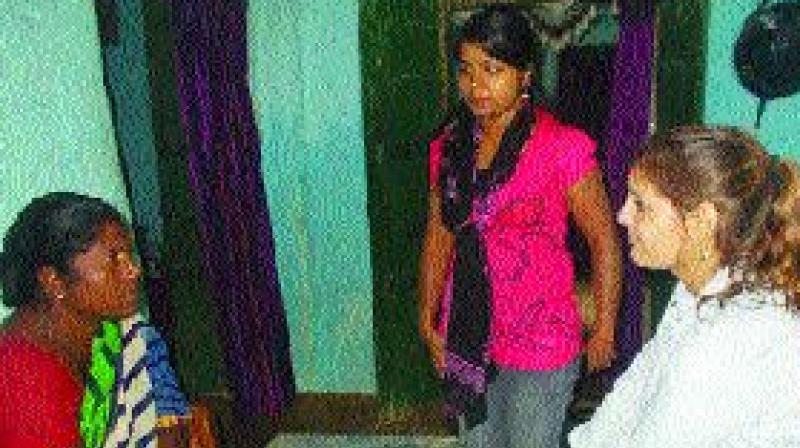 Ranchi: Superstition, bad economic conditions as well as lack of education and healthcare in rural and tribal areas of Jharkhand areas are fuelling alarming number of witch-hunt cases. Between January and November 2017, 42 women were reportedly lynched for being “witches”.

NCRB data shows that 183 witch-hunting cases were recorded in the state in the last four years. Union home ministry data indicates that 523 women in the state were lynched between 2001 and 2016, taking the tribal-dominated state to the top of the chart of witch-hunting murders in the country.

After Jharkhand, Odisha, Chhattisgarh and Telangana are the worst-affected by the menace.

Witch hunting involves the branding of victims, especially women as witches, after an observation made by a witch doctor. Once branded a witch, the victim is subjected to torture, paraded naked, forced to eat human excrement and sometimes even raped. In some cases, the victim’s hair is cut off and she and her children are socially ostracised and even put to death.

Recently, a Jharkhand woman and her daughter were brutally beaten up and forced to eat excreta after being branded as witches by people of a village near state capital Ranchi.

According to sources, villagers later dragged them to the cremation ground where they were asked to take a dip in a river after which their heads were tonsured.

The issue was highlighted after both the women approached the police and filed a complaint. Police claimed that over 11 persons, including a local  exorcist, have been arrested. According to police sources, it was found that both the women were brutalised on the instructions of the local exorcist who blamed them for practising black magic on one of their relatives who had died due to illness.

In this case the victims were lucky to get a prompt police response but many ignorant women branded as witches fail to get help.

Political leaders and social activists say that superstitions and irrational beliefs are so rampant in rural areas that almost every untimely death due to disease sparks a hunt for women practising witchcraft.

BJP legislator Radha Krishna Kishore saved a woman from being branded as “witch” by an exorcist in Palamu district in 2015 and got the culprit arrested. But after the police left, villagers vented their anger on Mr Kishore as they claimed that it was a collective decision to ostracize the woman.

Father P. M. Anthony, research coordinator at Tribal Research and Training Centre, Singhbhum, believes that “in most of the cases villagers use witchcraft as a tool to settle personal enmity”. He said that bad economic conditions, lack of education and healthcare in rural areas are the main reasons behind such cases.

A women’s helpline 9771432103 was also launched in 2014 to prevent cases of witch hunting in Jharkhand. However, not many victims in rural areas manage to avail it due limited resources.

Rahul Mehta, chief executive officer of NGO Bhavishya Kiran, said, “There is an effort from the state government but what can the police do when the entire village or neighbourhood stands together against the victim. Police need proper training to handle such situations.”