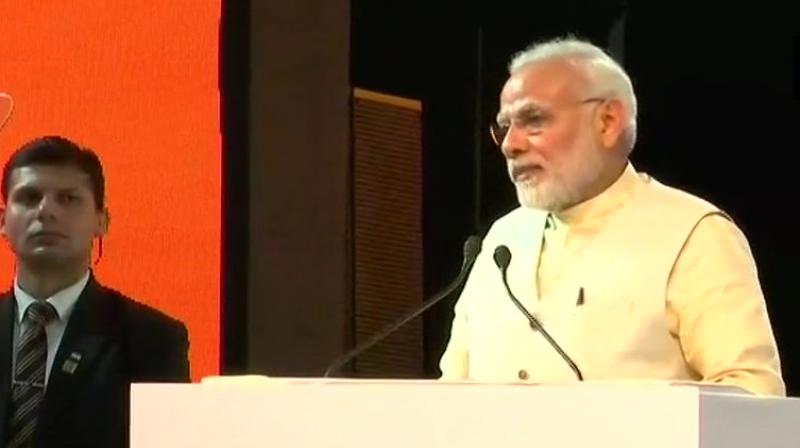 odi also laid the foundation stones for a slew of projects, including a water treatment plant, a gas pipeline, an electric sub-station, a municipal market and a foot-bridge for the union territory. (Photo: ANI | Twitter)

He also launched a helicopter service connecting Daman and Diu at an event in Daman.

"The air connectivity will boost tourism as tourists who want to visit the Somnath temple, Gir forest (in Gujarat) can now go (there) from Diu," Modi said. Somnath temple and Gir forest are located around 80 kilometres from Diu.

Ahmedabad to Diu road journey takes 12 hours and the air-connectivity reduces the travel time to just an hour. Modi also laid the foundation stones for a slew of projects, including a water treatment plant, a gas pipeline, an electric sub-station, a municipal market and a foot-bridge for the union territory.

The prime minister also inaugurated anganwadis (child care centres) and schools constructed under corporate social responsibility (CSR) initiatives. On the occasion, he distributed e-rickshaws to women and scooters to differently-abled beneficiaries. Modi said his government has launched schemes worth around Rs 1,000 crore on Saturday for development of Daman and Diu.

Earlier in the day, Modi arrived at the Surat airport where he was accorded a grand welcome. People gathered in large numbers to greet him on both sides of the road in Daman.