Efforts are on now to revive cycle tourism during spring, but it has not yielded any encouraging results so far. 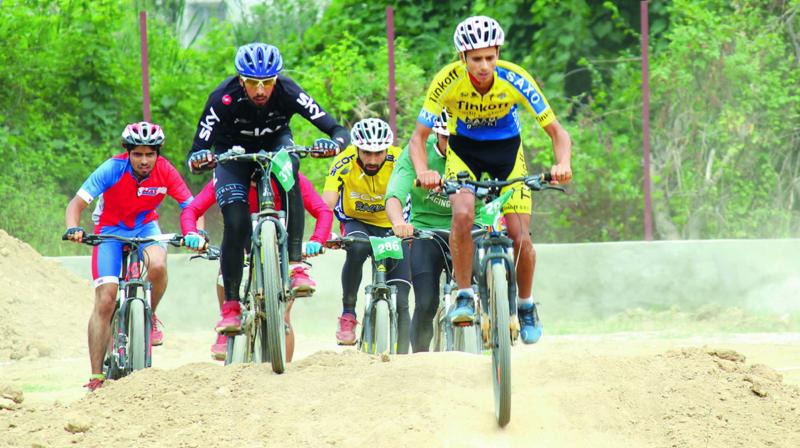 Srinagar: Cycling has been an inexpensive way of experiencing Srinagar, the capital of Jammu and Kashmir. Before the separatist violence started in 1989-90, tourists, including foreigners, going for sightseeing on bicycles, starting from Dalgate (where the Dal Lake starts) along the Boulevard in Srinagar, was commonplace.

Efforts are on now to revive cycle tourism during spring, but it has not yielded any encouraging results so far.

The J&K tourism officials said that they are working on reviving cycling tours along the historical pedestal walkways in the interiors of Dal Lake as an added attraction to backpackers.

“We want to bring back the glory. We’re on it and, hopefully, we will succeed,” tourism director Mahmood A. Shah said.

Minister for tourism Tassaduq Hussain Mufti, has a bigger plan for not just the Valley, but the entire state. “We’re working on a mission to make J&K a destination that is natural in its environs, global in standards, modern in outlook, traditional in its hospitality, mystical in sensibilities and entertaining in its experience.”

Recently, the tourism department along with Travel Agents’ Society of Kashmir conducted a recce of the 5.5-km-long walkway connecting the famous Mughal Garden Nishat on the foothills of Zabarwan with Srinagar’s Rainawari quarter across the Dal Lake.

This apart, the department is also promoting mountain cycling from Srinagar to Gulmarg, Pahalgam and Sonmarg and back and also from Sonmarg to Wular and Manasbal lakes (in north of the Valley) and back to Srinagar.

“The 422-km-long Srinagar-Leh highway gives one an opportunity to literally conquer (that’s the feeling one gets) the mighty Himalayas through 10 mountain passes,” a tourism brochure states, asking visitors to explore it, using non-motorised transport. But it doesn’t forget to warn them “mountain cycling calls for strength and stamina… Make sure you get used to the local climatic conditions.”

Some government officials and other stakeholders want to take the activity beyond the ambit of tourism. They are keen to see cycling as a routine activity in the Valley. One of them is Dr G.N. Qasba, commissioner of Srinagar Municipal Corporation. He took several measures to build the cycling habit among the locals.

“I have been telling people that cycling will improve your life. It not only boosts your health and fitness, but also works out a whole lot cheaper than public transport,” he said.  Before the violence began in J&K, there used to be half-a-dozen bicycle shops at Dal Gate and a few more in nearby localities where one could hire bicycle on rent. These would be open from dawn to dusk. Tourists would turn up at these shops early to pick the “best” bicycle available. Normally, the best time for a tourist to start exploring Srinagar is soon after sunrise. Starting from Dal Gate down onto the Boulevard with shops selling J&K’s exquisite handicrafts, eateries and hotels on the right side of the road and a transparent sheet of water where people bathe, dive, swim and some enjoying a shikara ride.

The old city has many shrines and mosques and their distinctive pagoda-like roofs enliven the horizon.

It has temples, hospices and other monuments and important sites, old brick buildings and over a dozen bridges spanning Jhelum river and the view from these bridges is unmistakably Kashmiri.