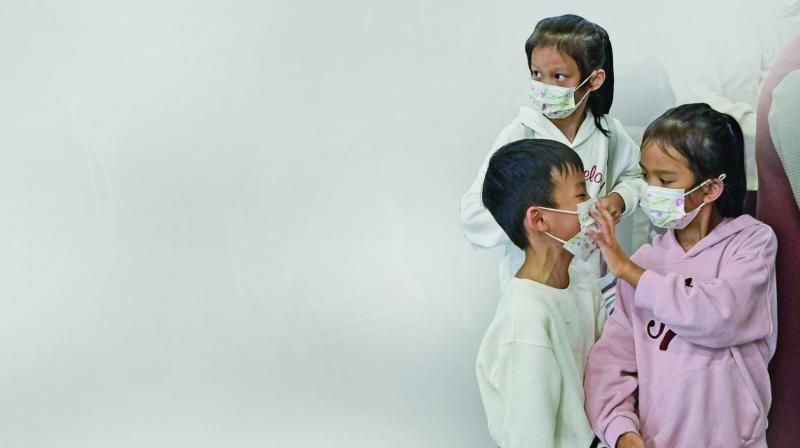 It may have originated in bats, according to genetic analysis, but researchers say there could have been an ‘intermediate host’ in the transmission to humans that one study suggested could have been snakes.

New Delhi/ Thiruvananthapuram: An Indian nurse working at a hospital in Saudi Arabia tested positive for the novel coronavirus when she and nearly 100 of her Indian colleagues, mostly from Kerala, were screened, the government said on Thursday.

The affected nurse is being treated at the Aseer National Hospital and is recovering well, minister of state for external affairs V. Muraleedharan said. Some reports said that the nurse, who is from Ettumannur in Kerala’s Kottayam district, contracted the virus while providing nursing care to one of her Filipino colleagues.

In a tweet, Mr Muraleedharan said, “Update from @CGIJeddah : About 100 Indian nurses mostly from Kerala working at Al-Hayat hospital have been tested and none except one nurse was found infected by coronavirus. Affected nurse is being treated at Aseer National Hospital and is recovering well.”

Mr Muraleedharan said he had earlier spoken to the Indian consulate in Jeddah on the Indian nurses quarantined at Al-Hayat Hospital, Khamis Mushait, due to the coronavirus threat.

“They are in touch with hospital management and Saudi foreign ministry. Have asked our consulate to provide all possible support,” he said.

Kerala chief minister Pinarayi Vijayan wrote to external affairs minister S. Jaishankar and asked him to take urgent steps in ensuring expert treatment and protection to those affected by the virus.

The letter was sent following reports that 30 nurses working in the hospital were quarantined. Of these the samples of 20 were sent for laboratory investigations.

However, authorities said only one nurse was infected with the virus and the rest were quarantined as a preventive measure.

Earlier, the Malayali nurses had sent a message to Indian embassy in Riyadh complaining that they were not being given proper medical care or food by the hospital authorities.

Kerala health minister K.K. Shyalaja said those who have returned from China should inform district medical officers and instructed officials to step up surveillance in all four airports — Thiruvananthapuram, Kochi, Kozhikode and Kannur — in the state.

The state minister also said that the government is taking all possible steps through Non-Resident Keralites Department (NORKA) to provide help to the nurses. Isolation wards have been set up in all medical college hospitals in the state for suspected coronavirus cases.  All hospitals have been directed to screen patients with influenza like illnesses and report the cases to district medical officers.

The coronavirus has infected over 630 people and left 17 others dead in China, where authorities have locked down five cities, including Wuhan, and suspended all public transport in an unprecedented move to contain its spread.

The Union health ministry has said 12,828 passengers from 60 flights have been screened for novel coronavirus infection till January 22 but no positive case has been detected in the country so far.

She has asked states and Union Territories to review hospital preparedness in terms of isolation and ventilator management of critically ill patients, identify gaps and strengthen core capacities in the area of surveillance and laboratory support, an official statement said.

Thermal screening is being done at the international airports of Delhi, Mumbai, Kolkata, Chennai, Bengaluru, Hyderabad and Cochin.

The civil aviation ministry has asked airlines to follow International Civil Aviation Organisation guidelines for managing and notifying anybody reporting illness on flights originating from China and disembarking in India.

A travel advisory was issued on January 17 and put up on the ministry’s website and also on the Twitter handle for wider circulation. “Port and airport health organisations have been sensitised and thermal screening has been initiated at the international airports of Delhi, Mumbai, Kolkata, Chennai, Bengaluru, Hyderabad and Cochin airports,” the statement said.