India   All India  24 Jan 2019  Will not going back to era of ballot papers, says Chief Election Commissioner
India, All India

Will not going back to era of ballot papers, says Chief Election Commissioner

CEC said, 'We will continue to use EVM and VVPAT. We are open to criticism and feedback from any stakeholder including political parties.' 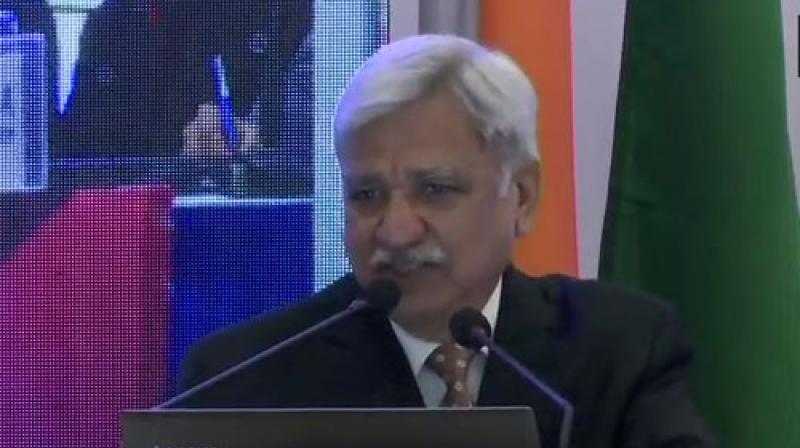 'I would like to make it very clear that country is not going back to the era of ballot papers,' Arora said at an event here. (Photo: ANI)

New Delhi: As the chorus grows for conducting Lok Sabha elections through ballot paper, Chief Election Commissioner Sunil Arora on Thursday made it clear that the election body will not go back to the era of ballot papers.

"I would like to make it very clear that country is not going back to the era of ballot papers," Arora said at an event here.

"We had one result in 2014 Lok Sabha elections, we had a completely different result four months later in the state elections held in Delhi. We conducted elections in Gujarat, Himachal Pradesh, Telangana, Madhya Pradesh, Chattisgarh and so on and we have seen that results have been different every time," he added.

Stating that the EC is open to criticism from any stakeholder including political parties, Arora stated, "We will continue to use EVMs andVVPATs. We are open to any criticism and feedback from any stakeholder including political parties. At the same time, we are not going to be intimidated, bullied or coerced into giving up these and start an era of ballot papers."

Clearing the doubts over the possibility of EVMs prone to hacking, the election body chief said that "the machines are manufactured under highly-secured conditions by the two PSUs, which are doing a lot of hard work for the defence establishment of our country."

Recently, an event was organised in London, where a self-proclaimed hacker Syed Shuja claimed that the EVMs can be tampered with.

West Bengal Chief Minister Mamata Banerjee said that a four-member committee has been formed to take a call on the stand of the opposition parties on voting machines in view of the coming general elections.

However, BJP leaders like N Ramachandra Rao said that that the whole episode is a ploy by the Congress party.

The Election Commission, however, clarified that the EVMs cannot be tampered with, asserting that the machines are manufactured following "rigorous standard operating procedures".