According to reports, the sailors in the two merchant ships comprised both Indians and Turks. 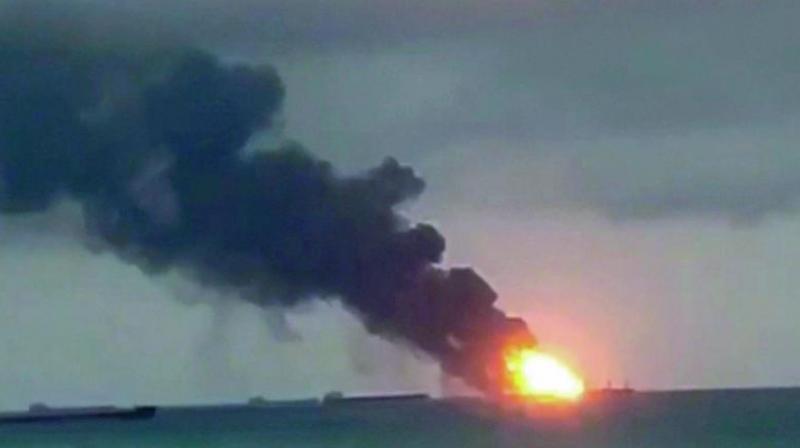 A video grab by the Kerch.fm web portal shows the two vessels, the Maestro and the Candiy, on fire near the Kerch Strait linking the Black Sea and the Sea of Azov, in Kerch, Crimea, on Monday. (Photo: AP)

The ministry of external affairs (MEA) said all efforts are being made to complete formalities for return of the bodies of the deceased Indian sailors back to India.

New Delhi had earlier sought information from Russia on the incident in the Kerch Strait in the Black Sea in which a total of 10 sailors were killed, 12 were rescued and nine still missing after two cargo ships collided.

According to reports, the sailors in the two merchant ships comprised both Indians and Turks.

In a statement earlier, the ministry of external affairs had said, “We have been informed that two ships caught fire while moving through the Kerch Strait after one of them was apparently rocked by an explosion on 21 January.”

According to initial reports, Russian news agency TASS reported that the two Tanzanian-flagged cargo vessels ships had collided and that a fire had erupted while fuel was being pumped from one vessel to another.