The bench led by Justice Sikri listed CBI interim director matter for hearing on Friday before a different bench. 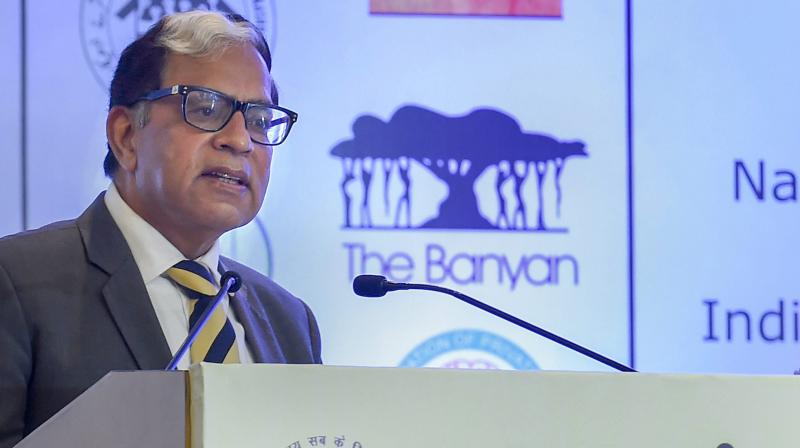 New Delhi: The Supreme Court judge Justice A K Sikri on Thursday recused himself from hearing a plea challenging the appointment of M Nageswara Rao as CBI interim director.

The bench led by Justice Sikri listed CBI interim director matter for hearing on Friday before a different bench.

Justice Sikri was part of the high powered panel which had removed CBI Director Alok Verma.

As soon as the matter came up for hearing, Justice Sikri told senior advocate Dushyant Dave, appearing for petitioner NGO Common Cause, that he would not like to hear the matter and was recusing himself. "You understand my position. I can't hear this matter," Justice Sikri said.

To this Dave said, "It is becoming very frustrating and it is giving the impression that your Lordship does not want to hear this matter. Earlier also the CJI had recused when the matter was listed for hearing. Now your lordship (Justice Sikri) is also recusing from the matter".

To this Justice Sikri said, he is recusing from the matter and can't say anything.

Chief Justice of India Ranjan Gogoi had on Monday recused himself from hearing the plea challenging the appointment of Rao as interim CBI director, saying he would be part of the selection committee to choose the agency's new chief.

The petition has sought specific mechanisms to ensure transparency in the process of appointing the CBI director. It alleged that Rao's appointment was not made on the basis of recommendations of the high-powered selection committee.