The civil aviation ministry had annulled and reversed the irregular appointment of Ms Nakhwa as ED (medical services), the CBI alleged. 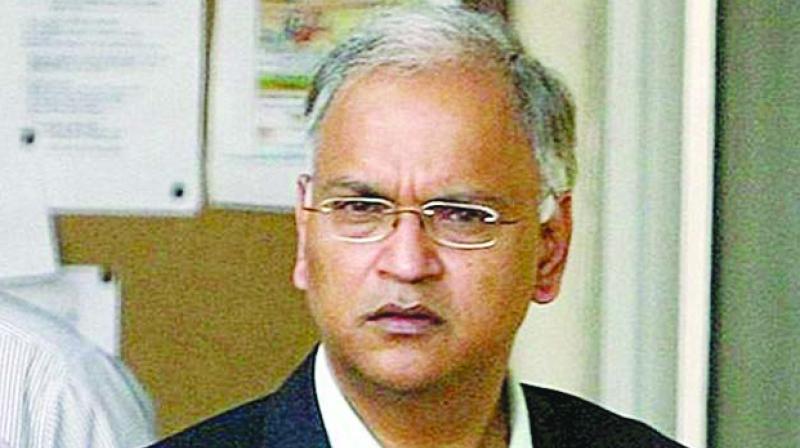 The central probe agency alleged that Mr Jadhav had constituted a panel in 2010 to promote officers to the rank of general manager (operations) in violation of the laid down procedure.

Along with Mr Jadhav, the CBI has also named the then executive director (personnel) L.P. Nakhwa (now retired) and former additional general managers (operations) A. Kathpalia, Amitabh Singh and Rohit Bhasin in its FIR registered under IPC section related to criminal conspiracy and provisions of Prevention of Corruption Act.

The CBI said that Ms Nakhwa was to be reverted to the post of general manager (medical services) from September 1, 2009, but she continued in her position as executive director in clear violation of the civil aviation ministry’s directive dated March 6, 2009. The CBI sleuths also found that Mr Jadhav allegedly regularised Ms Nakhwa in the post of ED (medical services) with effect from April 1, 2010, without following the due procedure, the FIR said. The civil aviation ministry had annulled and reversed the irregular appointment of Ms Nakhwa as ED (medical services), the CBI alleged.

A human resources sub-committee of the board of Air India on September 8, 2010, reverted Ms Nakhwa to the post of GM (medical services) with immediate effect.

“Therefore, the promotion panel so constituted by Arvind Jadhav for selecting suitable candidates for promotions to the post of GM (operations) should have been re-constituted in the wake of reversion of Ms Nakhwa from ED (medical services) to the rank of general manager,” it said. This was necessary as according to the promotion policy of Air India, members of promotion panel should be preferably two levels above the post for which the selection is to be made, which was not the case with Ms Nakhwa who was of the same level for which selection was to be made by the panel.